C quoted an article the other day saying that people who sleep five hours or less have a significantly harder time losing weight. My first thought was. "Who in the hell can function on less than..Oh. Never mind."
The tiny happy one has decided that sleep is for suckers. Which I kind of get because the bigs are in bed and she can finally have the run of the house. But I'm also working 40-50 hours, teaching, running, and trying to talk C into building a chicken coop.
One might suggest better sleep habits or fewer Netflix episodes of Dexter. Instead, I took coffee back up and bought an ENORMOUS travel mug. And I'm remembering what a fan of (legal) stimulants I am. Lord help us. I may not be lucid but I've got a lot of energy.

PS- Totally just occurred to me that this may have contributed to a candid conversation I had with an inmate yesterday about the unadvisability of self-inflicted Prince Alberts in the prison environment. 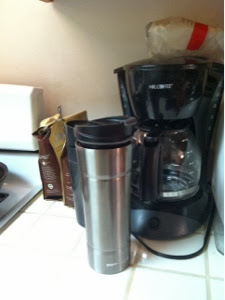 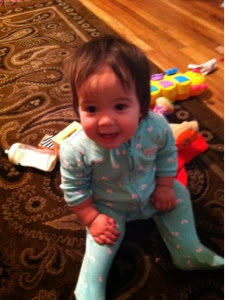