I don’t know who I am anymore

You guys? I made Greek yogurt. From scratch. Twice. And I like it a lot and I'm probably going to keep doing it. I, completely unironically, was singing it's praises to my friend talking about how it's packed with protein and probiotics and is "so easy to make!" That alone would be weird enough but then... 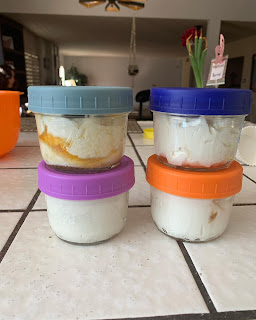 I walked in to work today with a rain stick. I don't even know what to say for myself. 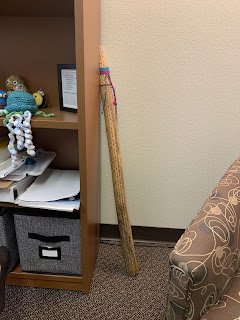 Posted by Chiconky at 2:28 PM No comments:

A few weeks ago I sort of impulsively booked a boudoir photo shoot for the end of the month and then immediately freaked the fuck out because 1) it definitely wasn't in the budget 2) because I impulsively did it, I booked it for within the cancellation period so there was no backing out and 3) excited and nervous feel the same in your body and I was both REALLY excited and REALLY nervous. But it's something I've always wanted to do, and I've been working really hard in the gym, and well, what's done is done so here we go.

So then I started doing what I do and obsessing over it as a distraction to all the other things, like anxious kids and dogs who kill woodpeckers and oh, say, a horrific war erupting in Europe. I booked this amazing photographer who's been sending me "how to prepare for your shoot" e-mails, and one said to start a secret pinterest board with your inspiration shots. So I've been dutifully collecting pictures on my phone of different poses, outfits, etc. getting more and more excited for my shoot. And as I've gotten more excited I've gotten less modest in my screenshots. I mean, it's a SECRET pinterest board, right?

Know what's not secret? Google photos. Which automatically archives the photos from my phone. Which then upload to become the screensaver on my TV. Which you can see from the street if anyone fails to turn the TV off when they're done watching. Which they frequently do. Which I realized only when I pulled up to my house last night to my neighbors' toddlers playing in the street and my window perfectly framing a VERY non-PG (but beautiful) image of a lovely, pretty close to naked stranger.

So now I'm waiting for THAT awesome letter from the HOA...

Guys? I have loved having big kids. I rarely feel nostalgic for diapers and tantrums and toddlers and I haven't had a lot of "no more babies!' moments, but I definitely had a hard time saying goodnight to an eight-year-old for the very last time.
I just marvel at this girl. She is wise and silly and wry and thoughtful. She has big plans to eventually turn our house into a zoo once everyone moves out, and is spending a lot of time studying how to be an animal trainer. Her hamster (who is terrible and was a regrettable purchase) bit me and she so empathetically explained that he is small and probably was very scared of a big creature reaching towards him, but is also so pragmatic and matter of fact that when I delicately mentioned that I hadn't noticed him moving for a couple days she just went right up to see if he was dead (he wasn't.) If he had been, I'm not 100% convinced she wouldn't have tried to dissect him. She worries a lot about the passage of time and yet is the most in the moment kid I've ever met. She is currently obsessed with dragons and Greek mythology and Roblox and plays a mix of Disney soundtracks and wholly inappropriate music in the drop-off line for school (this morning was D12 and even I couldn't make eye contact with the crossing guard). 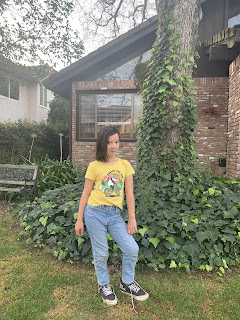 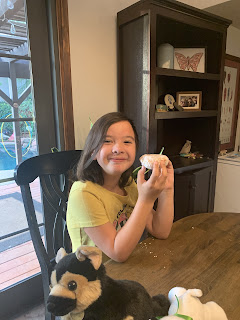 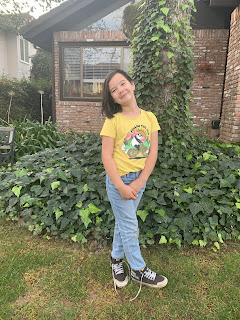 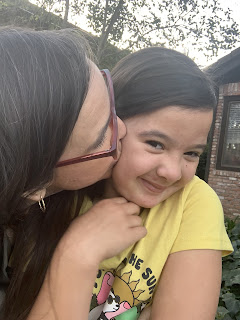