Randomness in all it's glory

We're still selling our house but it's in a weird limbo where I don't want to jump the gun and start packing, but also, we're supposed to close in like 10 days so maybe I should be putting shit in boxes? I don't know. I'm sure it's all going to end up in 48 hours of no sleep and a lot of swear words. 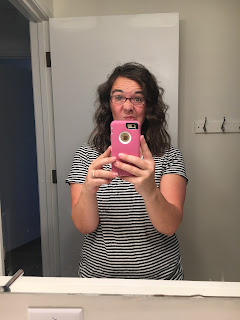 I tried the headband curl method and my hair always looks like a walk-of-shame lion when I first wake up. BUT, it's AWESOME looking by mid-afternoon AND it lets me shower at night. So, if you see me first thing in the morning, that's why I look a mess. 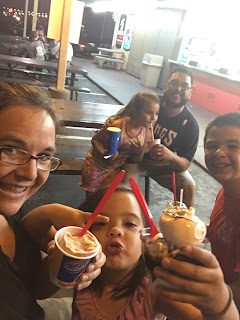 I quit Weight Watchers and Intermittent Fasting, AND packed away the scale. This has led to more DQ trips. If you haven't had the pumpkin pie blizzard I highly recommend it! 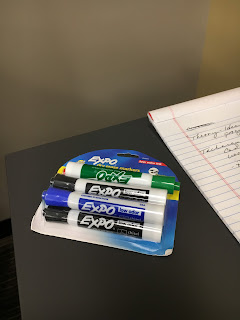 My students bought me dry erase markers because they were tired of hearing me bitch about the crappy ones at the school. So basically, class of the year. 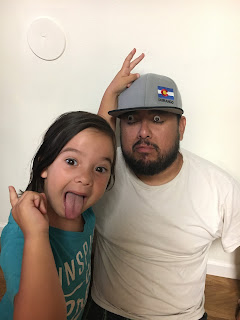 And finally, if you stick googly-eyes onto your eyelids you become one of the creepiest dads in the world. 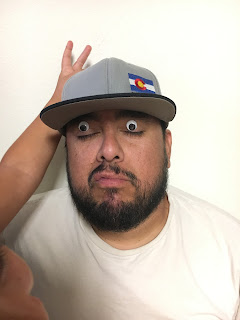 Posted by Chiconky at 3:04 PM No comments:

I was at a prison today doing an audit, and I got distracted by an inmate with a really sweet service-dog-in-training (because I'm a person who gets distracted by dogs now.) Several prisons around here have dog programs, but I don't often get the opportunity to talk at length with the trainers.

He explained that at this point in the training, they don't know how the dog will eventually be utilized. That's determined when they move on and get assessed in their advanced training. Apparently there are more than 65 different disabilities that qualify for free service animals. The inmates do the basic puppy training and work on basic commands and socialization. This guy showed me how he had trained the dog to pick up a wallet, put it's own halter on, and wave good-bye. We talked about his last dog, who has since graduated and been placed with a college professor in Hawaii. He just got a picture and a letter from the dog :)

So in the conversation, he also told me about a friend of his who had passed away in prison last year. This man's dog graduated a few months ago and was placed with the Oregon District Attorney. I immediately thought he meant THE DA, but he clarified that the dog was assigned to the District Attorney's office, and is used as a comfort dog for children who have been victims or witness of violent crime. The dog is trained to sit with them in court and on the witness stand.

After he tells me the story, he said, "Isn't that cool? It's like full circle! This man, who created so many victims in his life, helped train a dog that's providing service and comfort to kids who are victims."

OMG. I was so excited to have three big kids, but big kids come with a lot more activities and commitments than squishy little babies do. At least four nights a week, we have at least two different practices, at least one of which C coaches. On one night, we have two practices, Scouts, and I teach a night class. Wednesdays are a complicated dance of drop-offs, pick-ups, and throwing food at various kids in the car. It's only until the end of October, but good Lord, we drive around a lot.

So of course we thought it would be the perfect time to sell our house and simultaneously buy another one. Despite all of our assertions that we would need more time than usual to get the house cleaned up and cleared out, we usually get about an hour's notice. I often have baskets of laundry shoved in the back of my hoopty. Luckily (?) for us, we had an offer on our house in two days. zOMG. TWO DAYS. So if I think about it realistically, we should be moving out in two weeks.