WWE and other updates 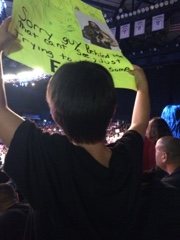 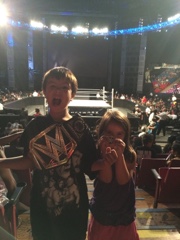 WWE. And then his head exploded. All in all awesome, but next time I'm going to suggest it as a boys night. Between Syd melting down after accidentally sipping a stranger's drink (hilarious, btw) and my impatience with the commercial breaks, I'm afraid 50% of our tickets were wasted. But E made eye contact with Roman Reigns and hasn't stopped talking about it since. 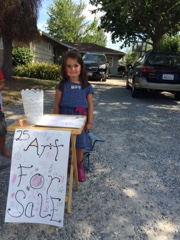 Syd had an art sale. 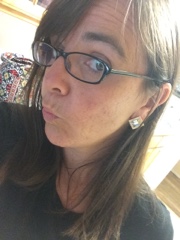 Eli bought me jewelry. He was a little worried because, "They're pretty big and you're kind of little" 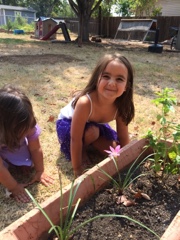 Syd grew this flower! She's been diligent about watering it and checking in it regularly. Pretty exciting, especially since with the drought it may be all the greenery she gets. 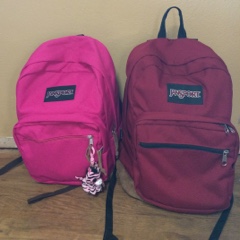 I ❤️ school supplies. Both kids are all packed up and ready. Syd's going to be in Kindergarten, full day. It just struck me and I had a mini-meltdown in the target lot. But she's excited. So's C, who'll be home with one single, solitary kid who still takes two + hour naps.
Posted by Chiconky at 6:21 PM