OMG. Best. Day. Ever! We were there for ten hours and only had one tantrum (in the bathroom stall, thank you Avery.) Everyone had a blast in their own way. It was so so awesome!

I got each of the kids a notebook to use for autographs, but Syd was the only one who really got into it. She asked a TON of different artists to sign her book and not a single person turned her down. It was incredibly heartening and a definite win for humanity. These artists were so encouraging to her, looking at her own drawings and talking with her about creating art. The first artist she asked traded her for a doodle, and then each artist after that drew something in the book. It's pretty amazing. She's totally inspired and came home to draw her own comic book last night. 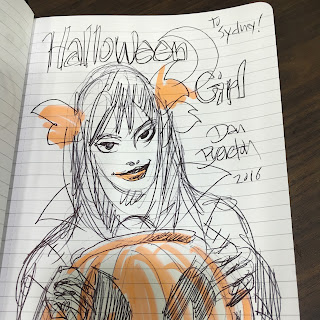 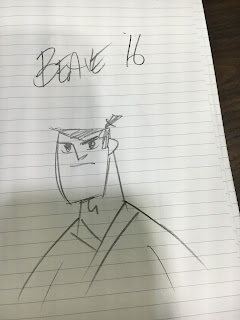 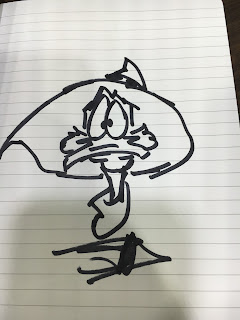 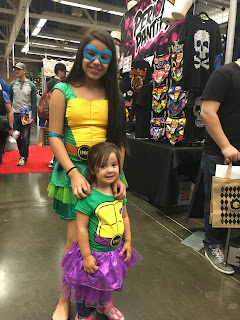 Averson loved all the people in costume. She stopped this girl and asked to take a picture with her :) 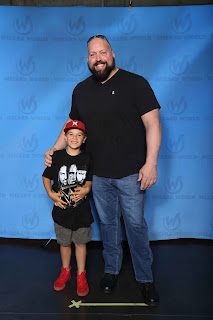 And OMG. Big Show did not disappoint and made this a perfect birthday gift for the kid. He and C stood in line for pictures and C said it was like Eli had found his people. They totally geeked out on all things WWE. We kept running into them through the day and Eli would jump right back into the conversations. Adults who couldn't stop talking about wrestling. He was in heaven. When we got his picture (and belt and poster) autographed, Big Show was incredibly gracious and chatted him up a bit. He was floating by the time it was over. 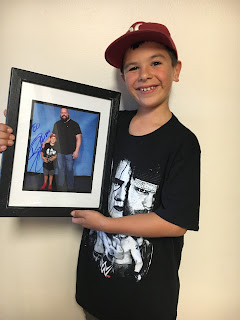 We were all really excited to go, to the point that I was worried that we'd hyped it up too much. I was also a bit worried that it would be too "out there" and we'd be completely out of our element. It really wasn't though. There were lots of people in costume, but not everyone. We knew enough to be interested and not look like idiots. The artists were definitely the highlight, and they pointed us to some smaller events that are less focused on the vendors so I think we'll hit those up.

Eli's birthday was really stressing me out because I wanted to make sure it was good. It had started to look like it was going to be a dud, but this was perfect. Plus SO MANY people wished the kid a happy birthday and showered him with attention (and swag). He felt like a celebrity, which is exactly what I was going for. Now we're all trying to learn how to draw and I'm getting obsessed with comic book characters. 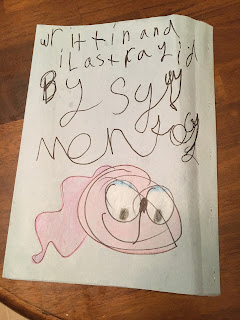 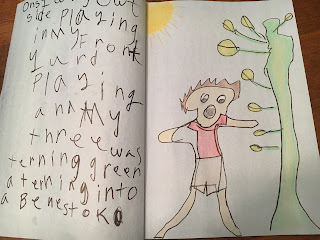