I can barely keep track of what day it is

OMG. I've been so busy and it's been so long, that I literally had to go through my photos to figure out how many bloggable events have happened since the last time I wrote. The work thing is still good, but so, so busy. It's the kind of busy where your brain never shuts off and you're hyperaware of everything and it all seems like it requires 110% of your attention. I hope that dies down soon. The co-chief decided she didn't want to co anymore, so now it's all me. I also started a new term teaching group therapy, which I find to be one of the more exhausting courses to get through because of all of the role playing. AND some dumbass decided to start a girl scout troop, which also requires time and energy. And the kids have SO MANY PRACTICES. And and and. I just stressed myself out writing all that. So let's do some cute pictures! 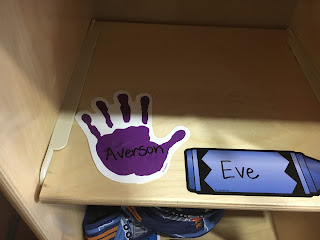 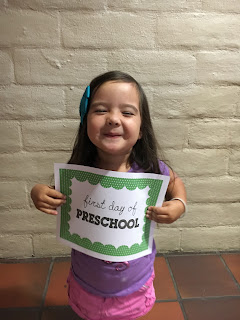 Avery started preschool (a week ago, SMH) and she couldn't be more excited. I think she, more than any of the other kids, was so ready to be among kids her own size. She was desperate to start school. I had a bit of a working mom breakdown after we dropped her off because the teacher wouldn't let me in the classroom (gah with the patronizing, "Sorry Mommy! I promise she'll be fine!") because I realized that I probably won't see her in the classroom for several months, but it was short lived. Her class is awesome, patronizing mommy comments aside, and she's loving it. They do yoga and they have pet rats in the room. The first week we realized that there were two Avery's when her papers were coming home labeled as "Avery M." I e-mailed the teacher to let her know that she goes by Averson too, and so now she's Averson and I'm researching how to legit change her name.

We went out to my folk's house for Labor Day and we had so much fun. We played tourist this time and tried a bunch of new things. C was blown away with my dad's new VR goggles. It was like watching people on acid. 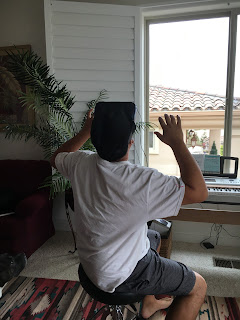 My dad wanted to try this place that had a glass bottomed boat. The actual boat was underwhelming (like a fish tank, but with waves) but we saw a bunch of sea otters and sea lions. And the kids were thrilled and ran amok. My kids were "those kids" on the boat. 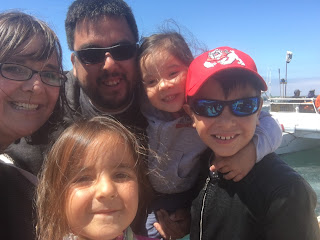 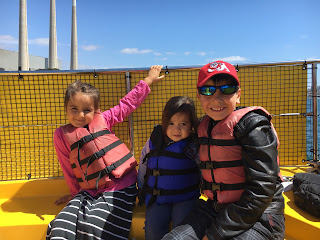 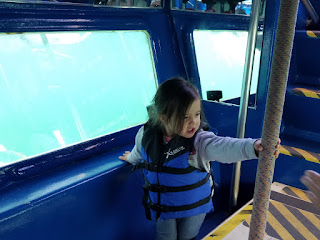 We also went to a waterpark! I wasn't sure how it was going to go, since my kids are not really "adventurous" and I thought it might be a really expensive trip to the kiddie pool. But we were pleasantly surprised. Syd went on every single ride that C and I did! Several times she looked around and said, "Mom? I think I'm the only kid up here?" Yep Kiddo. That's because you're a badass. 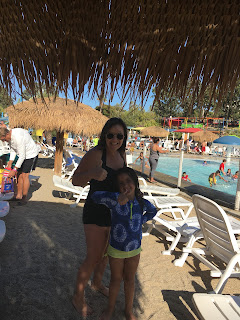 Eli tried one big slide, and then he was D.O.N.E. He spent the rest of his time happily in the wave pool and the lazy river. He's my cautious one, Logic-Boy. 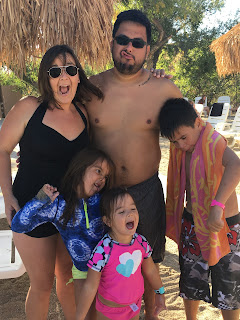