After an epically long and drawn out dog sitter drama, we finally found someone to look after the hellbeasts and were able to head out to the coast to spend Thanksgiving with my folks. My little brother and his wife came up from SoCal and my sister and her girls came from Colorado, so it was a big deal that we were all there together. In a three bedroom townhouse, there was A LOT of closeness. 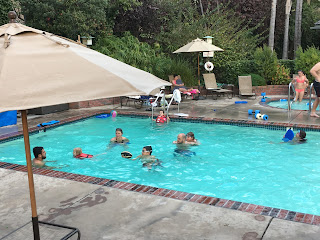 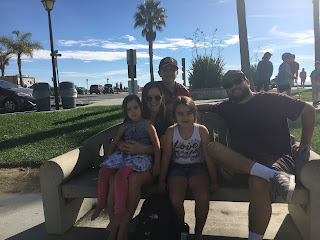 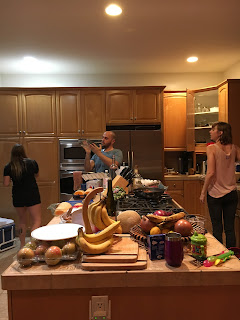 Coast Thanksgiving does not suck

The holiday totally screwed up my Weightwatchers routine, so I snuck out on Wednesday morning to weigh in. Totally coincidence that I weighed in BEFORE Thanksgiving. Totally... 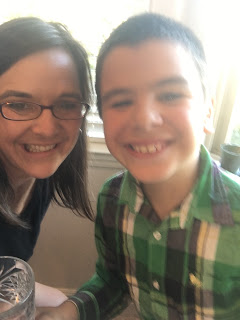 After the turkey coma, we sent the kids downstairs so the adults could play Cards Against Humanity. Obviously tequila shots were a pre-requisite. 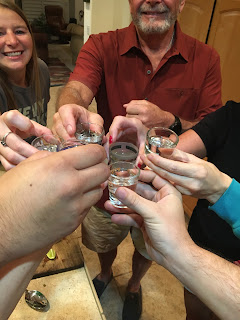 For the record, I think everyone wins when your husband tells your stepmother she has penis breath and your sister-in-law throws down "Daddy Issues" on your turn. Also, more tequila.

My dad surprised us on Black Friday with ziplining! Eli was having none of it, Averson was a wobbler and not worth the gamble for the price, and C stayed home to babysit (and because he's broken) so Syd and I were left to brave six ziplines over vineyards and a cattle ranch. 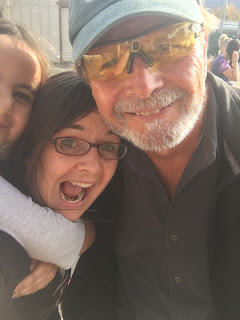 We rode the first (and highest) line tandem and it was seriously the best thing ever. As nervous as she was, within seconds she was grinning and saying, "I'm so so glad we did this! This is AWESOME!!!" That's my girl :) 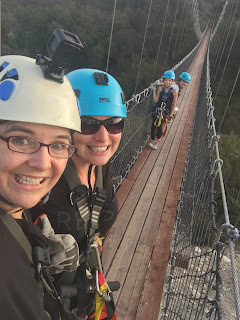 Part of the zipline was this 200 foot high suspension bridge and it was really fucking scary. And narrow. And bouncy. Those are totally nervous smiles.

As soon as she was allowed to go alone she was off like a light. Seriously, I barely got there in time to get her picture. 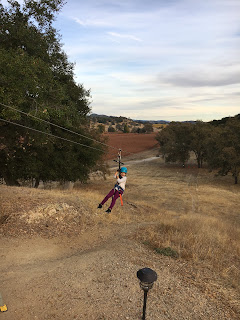 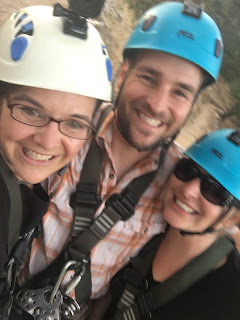 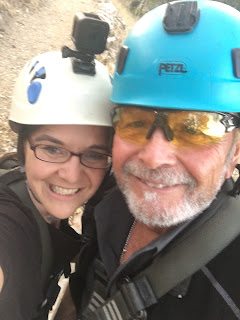 I can't wait to go again! C is not convinced that it's the best thing ever though, so I may need a stand in for the night time experience. Who could say no to watching the sunset as you fly over a vineyard?

And because we're masochists, we finished out the day at a huge Christmas festival. Highlights included hot chocolate with Fireball whiskey and Syd asking to take C and my's picture. Lowlights include my kids fighting like dingos and the annoyed look someone in my family has in every single picture. Fun fact related to my Christmas card drama? A review of the last YEAR of candid-ish family pictures reveals that annoyed is the new RBF. Which probably explains why I have four total pictures to choose from and there's elephants fornicating in the background of at least one. 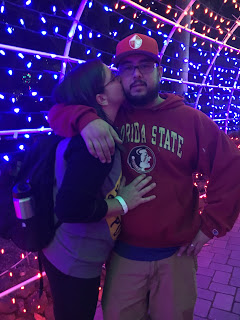 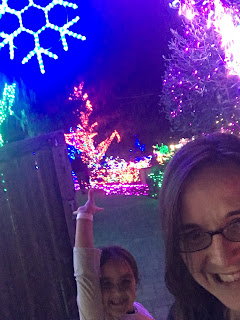 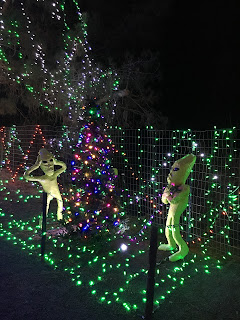 In what may be the best decision I've ever made, we drove home on Saturday instead of Sunday. We missed nearly all the traffic and still had a whole day to recoup before we rejoined reality. Both dogs were still alive and my friend even left poetry! Syd then critiqued it. Halarious! 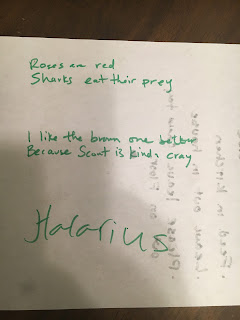 And now CHRISTMAS!!! I'm trying a new "Don't go broke and don't be an idiot" strategy in hopes of managing my crazy over the holiday. Stay tuned!
Posted by Chiconky at 9:06 PM

I love every word of this post. You should totally use the elephant picture.