Cali kids camp in the winter


By some crazy coincidence, 3/5s of the Chiconky family ended up camping last weekend. Apparently our holiday festivities now include a weekend of camping? Eli and his Boy Scout troop took their bikes on a ferry to a decommissioned military base, where they biked and camped overnight. They had to carry their gear on their backs and I was told EMPHATICALLY that he should pack as light as possible. So he went with a sweatshirt, a toothbrush, deodorant and a sleeping bag. He tried to save room by skipping the toothbrush and deodorant but I pulled rank. He may not use it but it's there. 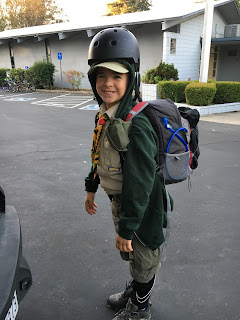 Sydney and I signed up for a "She and Me" Girl Scout camp months ago, when I was optimistic about both the weather and my free time in December. I am SO glad though, because it was super fun and if I'd had to decide about it more recently I wouldn't have gone. We went to the Girl Scout lodge out in BFE nowhere. I was a little concerned because I had the stereotypical "Scout Mom" in mind, and the thought of sleeping in a huge dorm with over a hundred moms and sneuxflakes made me twitchy. But you guys? It. Was. Awesome. We had such a good time. I have such a romanticized idea of camp in my mind and now I'm convinced that it's every bit as awesome as I thought it would be when I was a kid. We did crafts and cooked brownies in a campfire and took awesome but not too hard hikes. But we also had flush toilets and beds and real food cooked in a kitchen. It was perfect. And Syd is such an awesome side kick and so fun to hang out with. I literally can't wait until we can go again. And they have a leader camp that's for adults and they spent the whole weekend doing crafts and singing songsand OMG my nerd is showing. 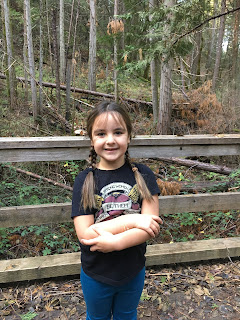 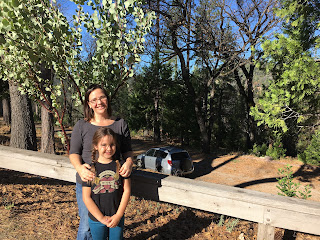