My computer got buried in holiday spirit 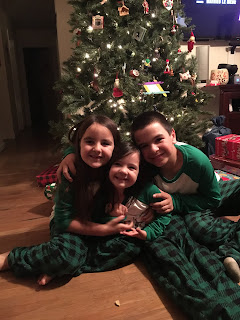 I stashed my laptop away before Christmas and blogging on your phone is a PITA. SO... I present to you the Christmas photo dump that I will probably backdate because it bugs me to have a bunch of space between events and posts (not that you could tell because I'm a big procrastinator) 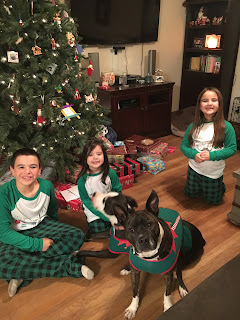 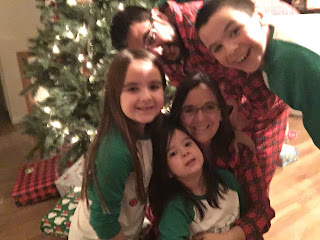 I always get the kids matching jammies, but this year I decided (slowly) that the whole family should get in on it. But of course it was too late so we all matched someone else, but not each other. I think C and I having matching pajamas means we're one step closer to square dancing and calling each other "Mother" and "Father"... 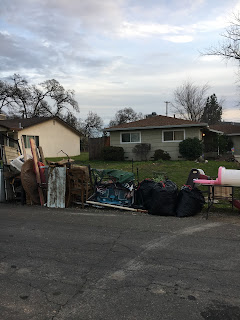 I felt terrible because C scheduled our bulk garbage pick up for the day after Christmas, which meant that our yard was full of crap on Christmas day.  You're welcome, Neighbors! But then I realized that across the street my neighbor's lights were basically a giant penis and I felt better. 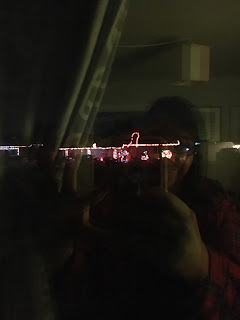 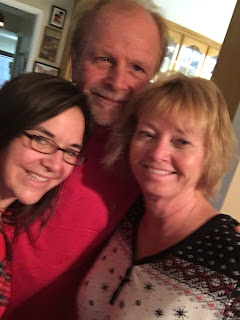 My gifts went well and it wasn't too over the top. I deviated a little from the four things, but it honestly wasn't too terrible. A few people suggested a Christmas spreadsheet and I am TOTALLY setting that up now for next year. It really helped even in the last few weeks this year.


Eli got his smartphone that came new, in a box, and had never been used by anyone else so basically it was the best day ever. I got paranoid and super locked it down, but he can still facetime his friends which is super weird. I'm trying to be cool about it. 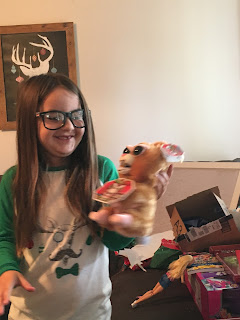 Syd got these fake glasses in her stocking and they may be a surprise favorite. Could she get any cuter? And my gift-to-her-that's-really-a-gift-to-me was this Feisty Pet rabbit. I love it so much! 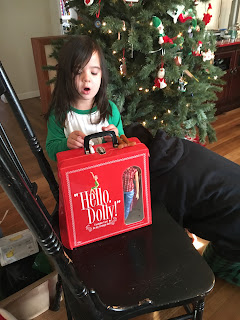 The Barbies have arrived! And they are having all sorts of adventures. This morning Barbie and Ryder from Paw Patrol got married. Her Farmer Barbie and her Newborn Puppy Barbie are married to each other and save animals, but not together. She's got exemplary relationship boundaries already. Everyone knows that a little space in a relationship goes a long way.

I totally went overboard on the games (thank you for your suggestions!) and it was awesome! We've played games almost every day and the kids play together randomly throughout the day too. I love it so much.

I have a friend from work who is a super dog lover and has made it her mission to encourage my ridiculousness. Which means that Scout got a Christmas sweater and it's as perfect and ridiculous as you'd imagine. 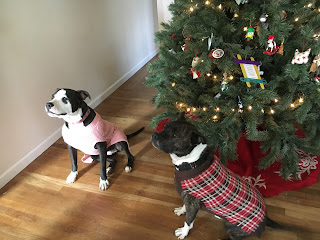 Christmas was pretty much perfect. It started out super busy and ended up low key and casual and my kids wore their Christmas outfits enough to justify buying special Christmas outfits. My folks were here which was wonderful, and then we met up with my brother and his wife in the city (more on that trip later). I keep being struck by how fun it is with the kids right now. All three of them totally got into the holiday (despite my efforts to ruin it for Eli) and they're just so fun right now.
Posted by Chiconky at 11:45 AM