It's 11:00  and I'm sitting alone in a hotel room on my very first overnight work trip. Yesterday marked a month since my dad died, and it wasn't as terrible as I feared, until it was. Today was better. It's weird, because I can still sort of convince myself that he's just on a trip or that we just haven't connected for a while. Driving here though, I reflected that this is exactly the situation that I would have told my dad about first. He traveled for work most of my childhood, and "go on a work trip" was one of my checkboxes on my "How to be an adult" list.  It felt really weird not to call him while I was driving. But this is what we do. There is no way through but through.

In other news. Averson turned five and we threw her a birthday party that was so perfectly Averson-ish. And now that she's five, she can't decide whether I'm her favorite or if she "just doesn't want to hear your [my] voice right now!" Every morning this week I've "ruined her life." The kicker was when she snuck in during my shower, drew a picture of me in the steam on the mirror, and then crossed me out. If it wasn't so ridiculously adorable I'd probably be upset, but she's just such a cute little bully. And typically ten minutes later she loves me again. I told her today that I was having a hard time keeping up with her and she said, "Yeah. I know. Sometimes I'm a lot." Yep. 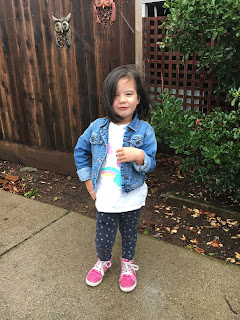 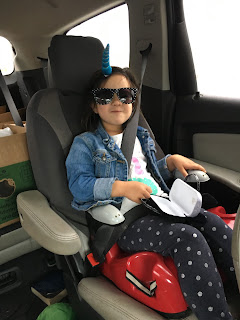 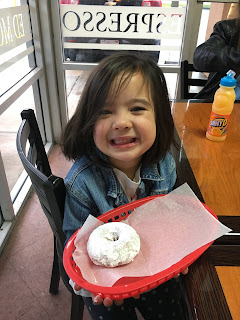 I started teaching again. I saved this meme to use during my introduction about my expectations of the classwork, but then I decided not to do a powerpoint and forgot to save it to my computer so I could put it on the screen. I was SO upset, and then I tried to describe it to my students which was exactly as awkward as it sounds. 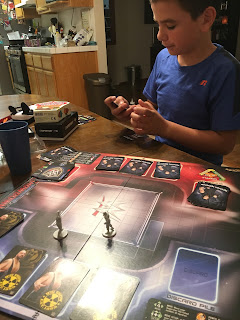 I'm trying to play more with the kids, especially Eli. He bought this WWE board game with his allowance and has been desperate for someone to play with him. After a mutually hard day, I told him I'd play after dinner. 1) this game is really fucking complicated and 2) I have no idea where he learned to gloat like he does. So now of course I'm obsessed and determined to learn every esoteric rule in this damn game so I can hold my own. 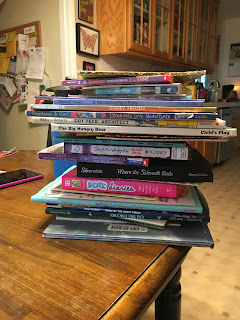 I found all these books in one kid's bed. ONE. I'm leaning in and being grateful that they're readers, but also, pretty sure this is why I have double-digit library fines. "I don't have any idea where that book is, Mom!" SMH.

So yeah. Moving through. I go home tomorrow, C and I have a date planned for Friday, and then this weekend I'm going to make a quick trip to try and pack as much of my parent's house as I can. I'm not looking forward to it and I'm sure it's going to be harder than I'm prepared for. I'm trying to be thoughtful about taking care of myself, so when I get back I'm taking the girls for $10 manicures and kicking Eli's butt at Showdown.
Posted by Chiconky at 11:23 PM