It's been a month (photo dump)

So... We've been busy. And I haven't busted out my actual laptop much, which means that I'm now a MONTH behind in blogging. And as it does, the further I get behind, them more daunting it seems to get caught up. So with very few transitional sentences, I present to you "The Last Month of Summer" (which also feels like the first month of summer because school starts on Thursday and I'm not ready)

Syd went to camp! This is her second year going and I'm always amazed by her bravery. Same as last year, she didn't know a soul when she got on the bus. This year C did drop off and it was a little rough, but she came back having had a great time. She even did the sleep out this year, which she'd been too nervous about last year. And the slime she secreted away in her daypack was never discovered. 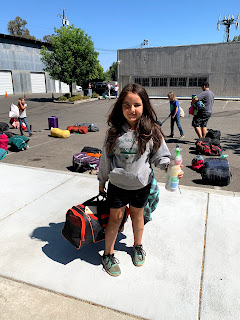 My mom is staying with us for a while, and she insisted that we go out. We ended up at Barnes and Noble wandering around. They have this display, which I think is AMAZING and now I want to quit my job and make my living sending Blind Bag Books to people. I so badly wanted to buy one but the chance of it being something I'd already read was too great. 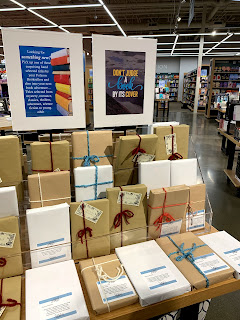 C and my mom have known that we had a nest of baby birds above our front door for WEEKS and they just now told me about it. Yesterday one baby and the mama flew away. One baby didn't, and his sibling keeps coming back to get him. It's the sweetest thing ever but I kind of hope he never flies and we get a resident guard bird. 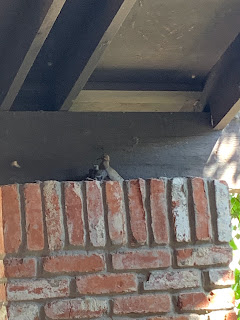 I got a new job! It's a pretty big promotion and I'm really excited about it. It's also a heinous commute, but I'm trying not to dwell on that too much. AND C got a full-time job at the kids' school district! It's such a transition to the next chapter in our lives. I prepped by buying five lunch boxes and a giant dry erase calendar. Pray for us. 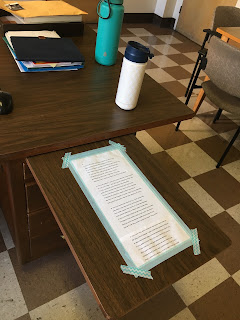 Averson went to zoo camp and learned all about Australian animals. She had SO MUCH FUN and really learned a lot. Did you know that giraffes have ososcopes? Yeah, me neither. Also, not sure why she was learning about giraffes but... 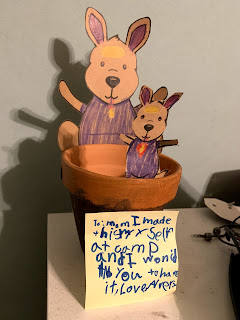 We made it to the State Fair! This may be the first time all five of us were able to go and we had so much fun 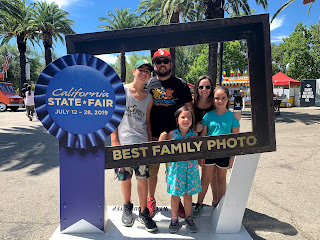 And finally, the Rosie Rally! The girls, my mom, and I made the trek to the annual Rosie Rally and it was everything I hoped it would be. I'm so obsessed with Rosie the Riveter and it was fun to be in a crowd of similarly geeked out women (and men, and dogs!) 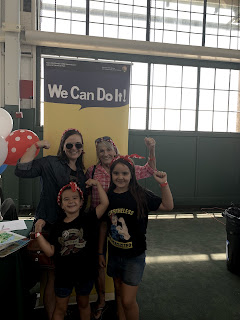 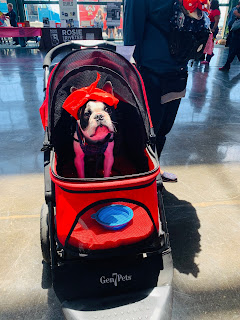 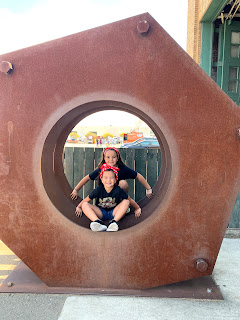 And now back to our regularly scheduled programming. School starts on Thursday, my last class for a while is next week, and all the practices for all the sports have already started.

Congrats on the new job and promotion! That's fantastic!! (even if the commute isn't)

LOVE the Rosie the Riveter rally! That's so awesome and the pics are adorable. Glad you guys had a great summer and good luck with the school year ahead!