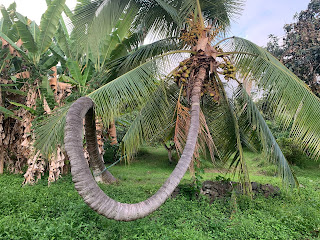 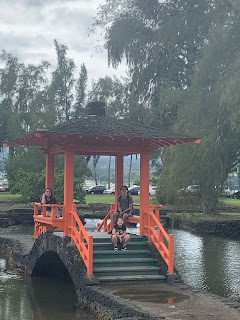 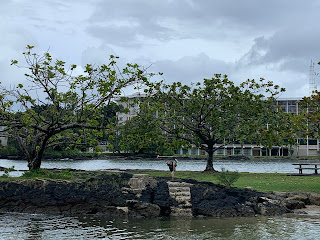 Syd does this pose compulsively so we made a point to try to get pictures everywhere
We went to a different beach park hoping to see sea turtles again. We were not disappointed! At this park the turtles and fish swim into a little inlet that is shallow and calm, making it so easy to watch them! One turtle fell in love with our family and absolutely would not leave. It's illegal to pet them (something we didn't know at the time!) but I'm not sure he knew that either. 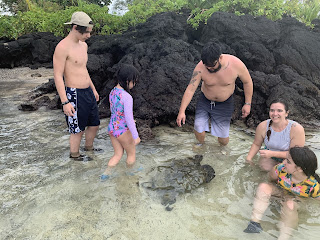 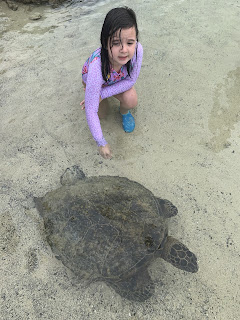 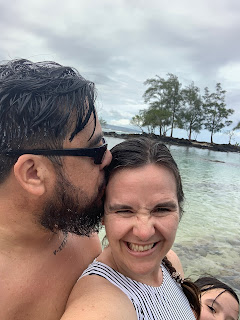 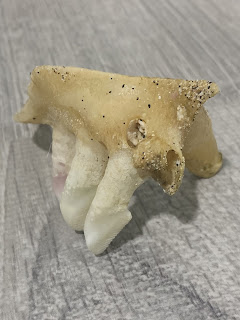 Averson found this jaw bone while we were swimming. Anyone have any idea of what it is?
The jaw part was more cartilage-y feeling and the teeth have small serrations. 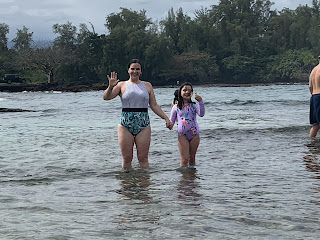 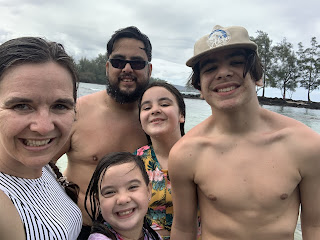 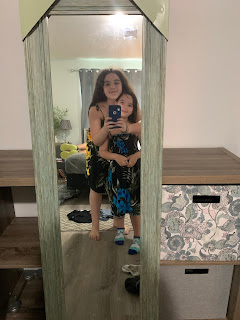 On Saturday we hit up the Hilo Farmers Market where the girls picked out their aloha dresses. Things Syd typically does not love: Dresses. Color. Matching with her sister. Showing her legs. Things Syd loved about this dress: All of the above.
After the farmers market (where we bought very little actual food after getting a very graphic education on Rat Lung Disease), we drove to Hawaii Volcanos National Park. The park itself was open (and shout out to the extension of the free park passes to include 5th graders!) but the visitor center was closed. A nice ranger stationed in the parking lot gave us tips on how to organize our visit. We hiked to see the steam vents (super weird) and then through the rain forest.  I was expecting it to look a lot like the lava tubes in Oregon so I was doubly surprised when it was so lush! After our hikes we drove to the little town of Volcano for dinner and then back to the park to wait for dark. 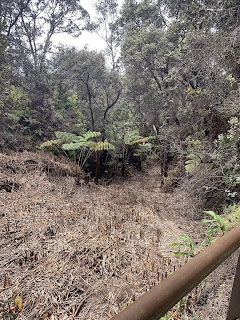 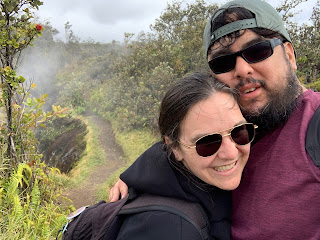 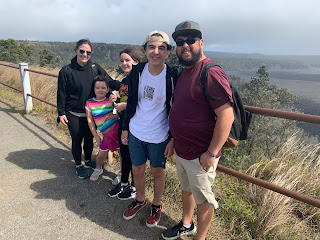 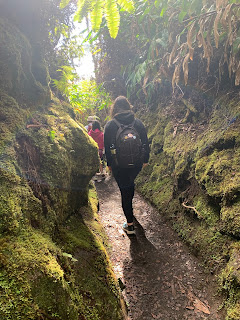 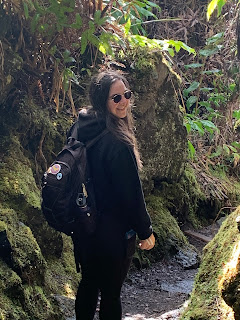 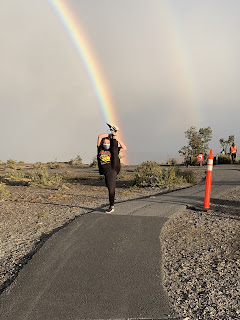 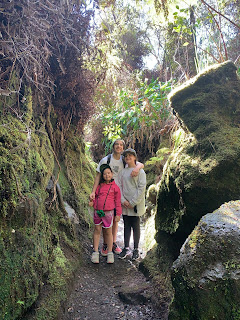 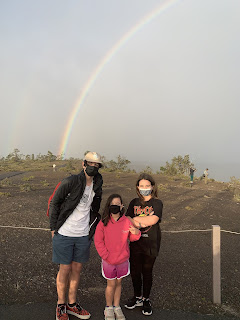 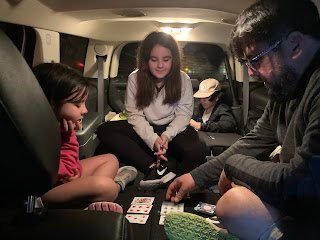 Waiting for it to get dark. The rain was starting and it was pretty cold so we put the seats down and the kids learned to play Blackjack. 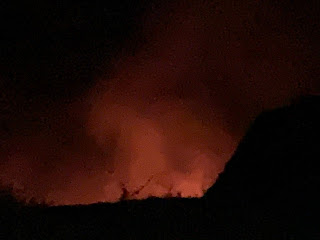 LAVA! I was worried that this might be underwhelming but dude. That's the glow from LAVA. There's no accessible flows right now but we were able to see into the crater where there was activity. And once again the clouds parted so we were able to nerd out on the stars again too.
On Sunday, it was raining in earnest in Hilo so we decided to drive to the Kona side of the island for a beach day. It's about a 2 hour drive if you go straight across, and about a 7 million hour drive if you follow the south coast (which we learned the hard way). The kids liked playing in the waves but everyone agreed that they preferred the lava rock pools better. 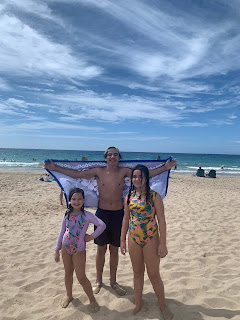 On the drive home I'd hoped to hit a coffee farm for a tasting, a couple of sight seeing stops, and the kids had been begging for shave ice. We got shave ice. The coffee farm I was looking for was closed and the one we found was nice but probably not worth the stop. The sight seeing stops had either closed for the day, were closed due to COVID, or we got there after dark. And we back tracked for the treats. That part was worth it though. We found an organic shop with a huge menu and giant portions. This is a small! The day was fun, but we were all so over the drive that no one had any interest in trying to hit what we missed on a different day. 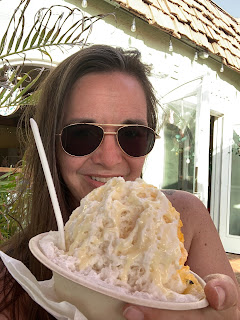 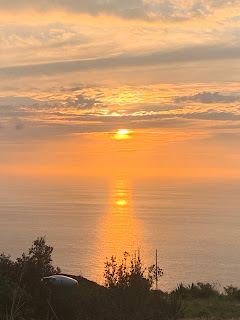 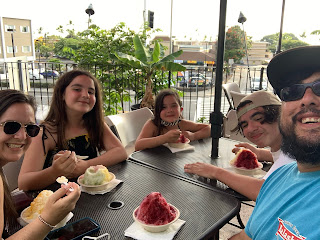 This trip looks amazing! And also I love your swimsuit