The days are long

My babies are solidly not babies anymore. I was talking to Averson this weekend about some of her nightime behavior (after an especially loud and dramatic reaction to a dream in the middle of the night) and I realized that, when Eli was her age, we also had a five-year old and a toddler in the house. 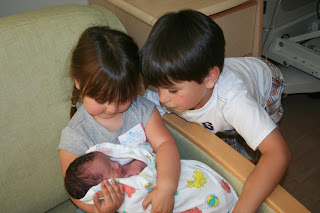 When I reflect on when the kids were small, I remember being so tired and feeling so...saddled. I loved it, but in my mind that era is perfectly illustrated by the number of bags I was constantly carrying. Parenting Littles, and the work that went into it, was so visual. It was the bags under the eyes and over each shoulder. It was the puke down the back of your shirt that seemed to be a permanent accessory. It was a baby taking a bath in a sink full of dishes while we all laugh at the ridiculousness of the situation. 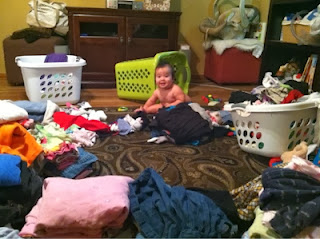 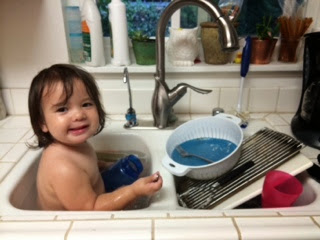 There are so many things that I love about having big kids. They carry their own stuff. They wipe their own butts. I pretty regularly sleep through the night. My kids are HILARIOUS and they're even funnier now that they can err a bit more to the inappropriate side of humor. Parenting Bigs, though, is such a private experience. They're much more autonomous as people. The struggles and dilemmas are more personal, and honestly feel a lot more monumental. Eli potentially leaves home in THREE YEARS. We've been stuck in our homes almost that long. Syd is in that very weird transition stage between kid and teen, which feels like a constant tight-rope walk. And Averson. I fear that I'm infantalizing her in my attempts to keep at least one of the kids relatively simple.
I texted a friend the other night after a conversation with Eli, and she responded with, "I think that's the first time that sentence has ever been said. By anyone." That's what I'll picture when I look back on parenting these kids through adolescence. Where when they were toddlers, all parents could relate to potty training, to sleep struggles, to sink baths, now they are all SO weird in such unique and unpredictable ways. Just when I think I've got it dialed in, another one comes up with another brand new sentence and my biggest task is to fix my face so my shock doesn't show.
So, to all of you parenting Bigs, constantly trying to figure out what the fuck just happened and what the hell is going to happen next, I see you and I respect your ability to keep a straight face. We may be ping-ponging in different directions but we should totally high-five as we cross paths.
Posted by Chiconky at 9:26 AM