We had the best Halloween! I was sort of underwhelmed with the holiday and have avoided a lot of the regular festivities but when it came down to it, we had an amazing weekend.
C asked me what I wanted to do for my birthday and while I usually don't do much, this year I wanted to do the Halloween tour at Alcatraz. I've never been and it seemed like a fun thing to do with almost people-sized kids. C bought the tickets forever ago, but then a couple weeks before Halloween the parks department cancelled the special Halloween tours. They offered us an evening tour instead, which kind of worked out perfect. We left in the afternoon and then coming back we got to see the sunset over the bridge and Alcatraz lit up at night. And then Pier 39 at night. Where you can pay a drug dealer a stupid amount of money to put a temporary tattoo on your looks-older-than-12-year-old daughter. 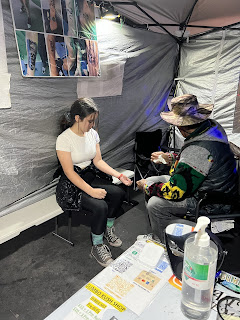 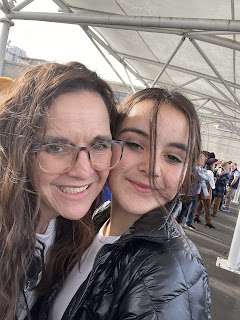 And then we had an awesome Halloween! With kids who apparently are still not too old. And a teenager who asked me to craft his costume! I learned gauze papermache and who MF Doom is. And how to fix a mask I spent a week on at 6:00 am on Halloween because the dumbass hellbeast grabbed it and ripped it into three pieces. (It was almost her last act on Earth). 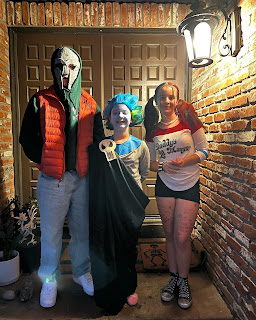 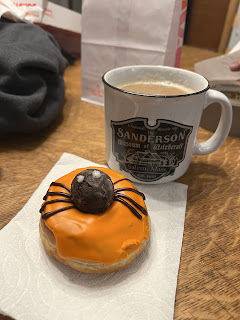 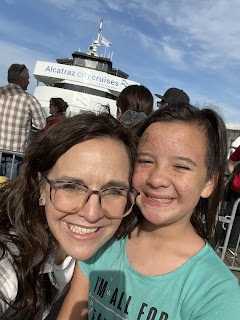 I busted out the jumpsuit and bought myself my very first pair of Docs, and had the most perfect Rosie costume ever. Which I got to wear to work because I work in a wonderland. And I posed next to my mom's old radio because off course I did. The only thing I wish I'd done different was my hair but after 45 minutes of trying to make pin curls I gave up. 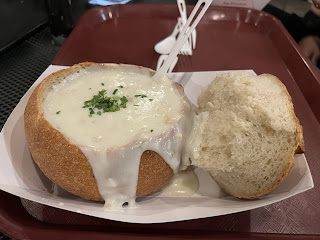 Back to San Francisco and the worlds best clam chowder in a bread bowl at Boudin. 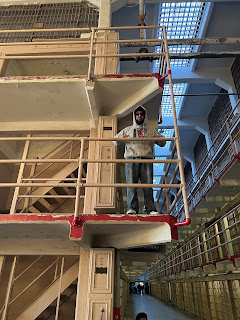 May or may not have crossed a "Do Not Cross" sign... 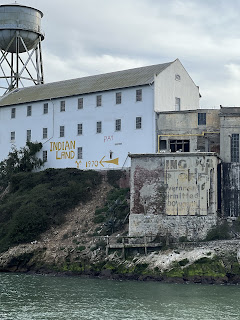 I wish I could have spent more time learning about the occupation of Alcatraz or the 19 Hopi men who were originally incarcerated there protesting the Indian Boarding Schools. I've spent a lot of time since reading up on the occupation and it's fascinating! 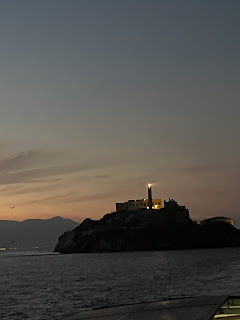 So pretty and so spooky! 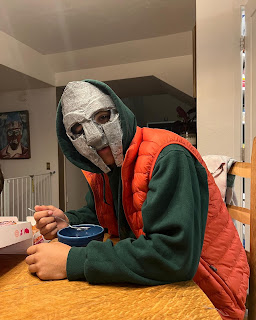 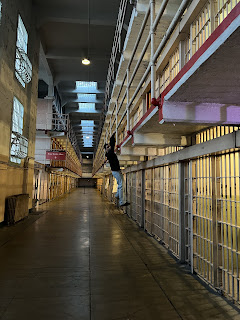 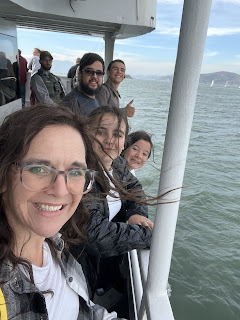 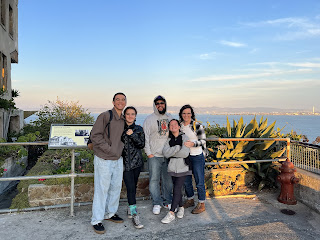 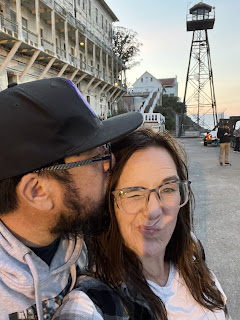 Dork. He did such a great job of marking my birthday though. And I didn't get a picture but he even got me an ice cream cake!
Posted by Chiconky at 9:03 PM