I'm sitting here dragging out the evening and feeling borderline claustrophobic as I realize that one of my best vacations ever is coming to an end. I am SO SO happy that I decided not to rescind my vacation request when I realized that I would not be making multiple trips to the coast to shuttle the Bigs to and from Grandparentland. This week has been amazing. I read four books start to finish. I developed a crazy awesome tan. I spent HOURS in the gym (so much so that I'm involuntarily breaking into squat sets and planks, WTF?) I cooked real, delicious, thoughtful food after far too long living in drive-thru (Chipotle if we're fancy) or thrown together at the last minute meals.
I went to Sephora to upgrade my blush and foundation (I'm working a piece at a time) and got the fancy tone match camera thingy for the foundation. When she brought it over I said hesitantly, "Um. That looks a little dark." To which she replied, "Do you have any idea how tan you are?" Yeah, it was a perfect match. Now that I've invested $35, I'm obligated to maintain this lovely, albeit hypocritical, skin tone. 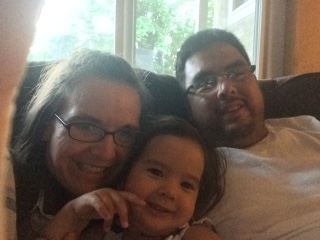 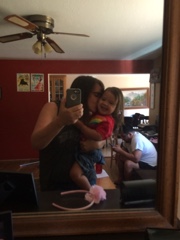 Spent so much time with the Little. Without the Bigs, she became super talkative and animated. Like, cartoon character cute. I was worried that she'd quiet down when we picked up Eli and Sydney but she didn't. So now she's got her voice thrown in the mix. She's hilarious, by the way. Like, knee slapping funny. 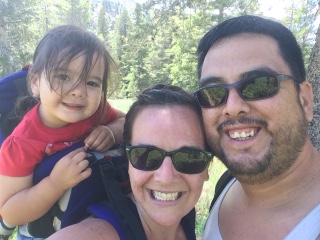 We finished up the staycation by actually going to pick up Eli and Sydney from my folks and spending the weekend on the coast. It's a terrible place to have to visit. 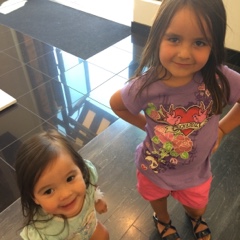 These girls are my BFFs. We went to Sephora together and I let them sample all the things. They WURKED IT. And Syd with that hip cock? It kills me every time.

And last but not least, another awesome evening brought to you by local pro-wrestling. Now Syd loves it too, so we're officially obsessed.

I feel like I hit the reset button. I won't go so far as to say that I'm ready to go back to work, but I'm definitely feeling more centered and balanced. And tan. Mostly tan.