It's beginning to look minimally like Christmas (ironically picture heavy)

For the first time since we had children, we're going to be spending Christmas away from home. That, combined with the shit show that is my job right now, has resulted in some serious phoning in of holiday festivities. Seriously. My house is really quite minimally dressed for the holiday. We did no lights, no tree, no stockings. Basically I pulled a few things from the top of the box, threw in the stuff that never made it to the boxes last year, and called it a day.

So in response to my house being totally Bah Humbuged, and of course in typical "I'm so busy!" fashion, I have been cramming in the "Special Holiday Memories!" 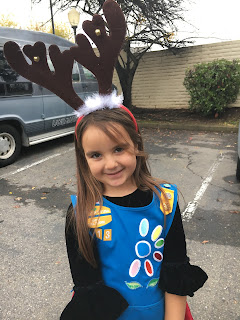 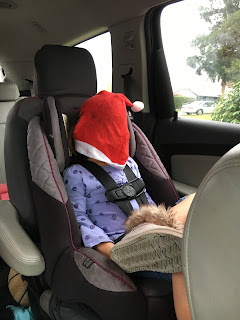 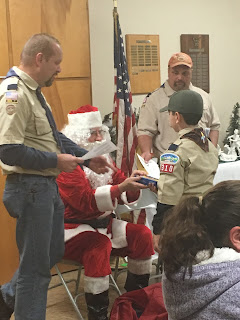 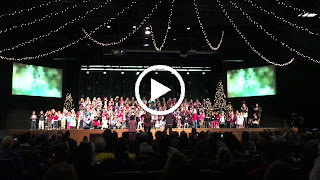 C, Eli and I volunteered at an event where families who couldn't afford to buy Christmas presents were able to come shop for gifts. It was so, so fun and Eli was really excited about it. He's such a generous soul and he really loves stuff like this. He thanked us multiple times for letting him join, and he was actually pretty helpful. It's nice that he's old enough to participate in a meaningful way. I told him we could volunteer at different places all year and he literally jumped for joy. He may not be a turd ALL the time, despite the copious eye rolling he does. 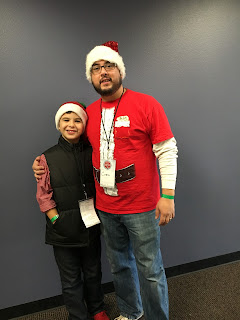 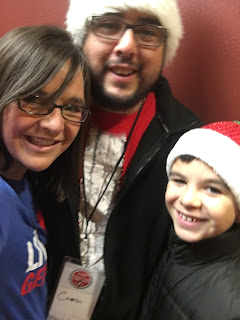 All we have left is building our TJ's gingerbread A-Frame, which I'm less than enthusiastic about, and decorating cookies (see above.) I threw a surprise office party today because my staff are a bunch of party poopers typically. I was worried about it being a grumble-fest, but it went really well. I think the key to planning a low pressure work party is to not tell anyone about it, and then bring donuts.

Looks like a fabulous holiday season at your house!