We had the loveliest, laziest three day weekend that ended up turning into a four-day when Syd spiked a 102 fever yesterday, forcing me to stay home so that C could chaperone Eli's class trip to the pool. She's fine today, but I didn't want to be that asshole that gets the class sick two weeks before summer vacation. So, four day weekend!

We started with a touch of productivity, finally getting the Great Wall stained (two years later!) 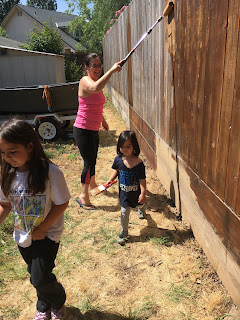 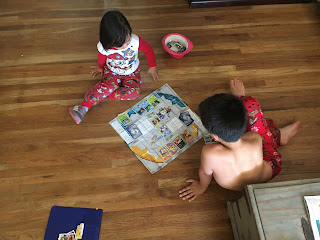 I'm trying to avoid the TV free-for-all, which has resulted in some creative time killing. All three kids collect Pokeman cards and it's literally one of the only things they play together without fighting. I'm pretty sure they are playing by three different sets of rules, but whatevs. (Can you see that Averson keeps her cards in a sequined fedora? She kills me!) 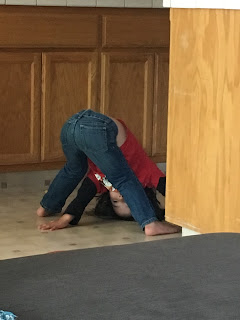 I caught her playing Simon Says by herself, and from the sounds of it, she was losing. She kept saying, "I didn't say Simon Says!"

I busted out the Shrinky Dinks. C loves to color and of course his turned out perfect. 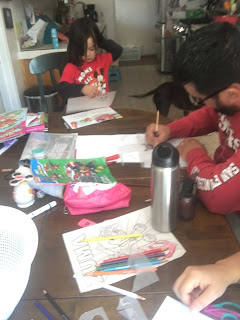 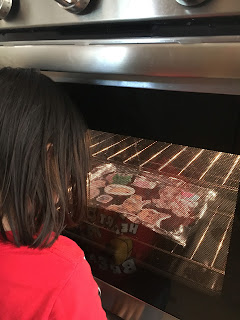 On Monday morning, we took the kids to help put up flags at the local cemetery for their Memorial Day ceremony. We had to be there at 5:00 and no one bitched, so it was basically a miracle. Eli and his buddy got to be interviewed for a local news channel. While searching for the segment later that day, we found another news channel that had followed our group around while we put up our flags. Which means that my yoga pant, yesterday's hair, backside also got to be on the news. So that's awesome. 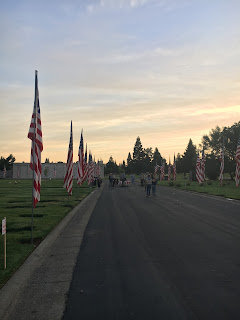 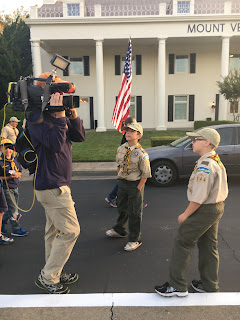 All joking aside, I am really glad that we rallied the kids to get them out there. Memorial Day is so hard to explain to kids in a way that makes sense. Actually being at the cemetery and seeing it made a much bigger impression on them. I highly recommend it if anyone has the opportunity to do community service in their area, or can attend a Memorial Day ceremony.