I'm laid up in bed because I'm old and fell out of my front door, twisting my ankle epically, on our way to our first grown-up party in forever. The TV in our room doesn't work, so I broke out the laptop. And then I realized that it's been a million years since I posted. 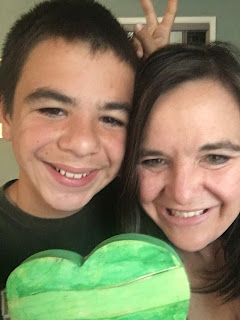 It's been so long, I don't even remember where I left off. Like, did I tell you about my fight with the HOA about my "vicious pitbulls"? Or how that led to the woman who'd been reporting us to get cited? Or how I took a new (temporary) job back in a prison, but it's an hour away and I'm driving all the damn time. But also it's really fun and some crazy stuff happens. A guy tried to climb the fence last week! Or in TMI news, how I went off birth control pills and realized that maybe I'm not as crazy as I thought I was? And lost five pounds almost immediately.

I have to go back and figure out what I've left out. In the meantime, we have a week left of school and everyone is DONE. I didn't even buy stuff for lunches this week. I figure we'll just throw a bunch of random crap in a grocery sack and call it a day. We're going to family scout camp in a couple weeks and I'm stupid excited about it. And the pool is up and running! 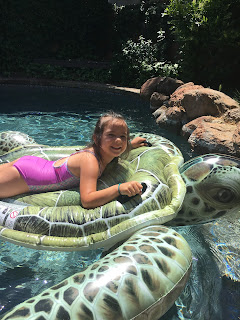