In contrast with our huge party last year, this year we stayed close to home and low-key for New Year's. In part because C is ringing in the new year with shingles. His doctor was "astounded" by how text book his case was, except "we usually see this in much older people." So 40 is treating him well so far.

So in light of our plan for a "quiet" New Year's, I put together my first charcuterie board. And promptly spent about $100 on cheese I had to Google and forgot to take a picture of. But trust me that it was gorgeous AND delicious.

My mom had bought each set of cousins a HUGE set of scented (SCENTED!) slime, play dough, and kinetic sand. Like nearly 100 tubs of the stuff. She intended for my nieces to take them home, but my sister, who is usually the fun one, immediately vetoed the slime-o-rama. Seeing my chance, I offered to let everyone bust out their slime etc. on NYE. It was just as chaotic and messy as you'd expect. Lucky for me our housekeeper came that same day so I basically lit that money on fire. But the girls had so much fun! And my house smells like saccharine fake fruit. 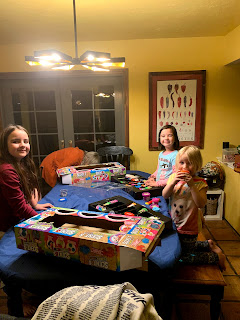 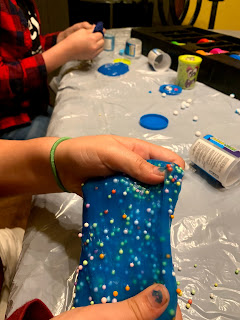 And speaking of saccharine fake fruit, to accompany my fancy and ridiculous charcuterie tray we dropped a whopping $12 on our signature cocktail, Mad Dog 20/20.

A million years ago, we used to pass a bottle of Mad Dog at family dinners. It was a bit of a "thing." Then we all turned into rational human beings and the tradition slowed down. But thanks to the interwebs and some meme, it was decided that we HAD to have it for New Year's Eve. 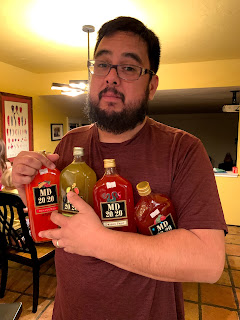 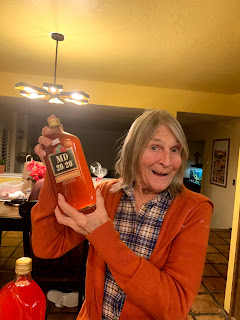 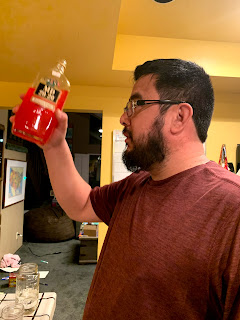 I have plans for an actual New Year post to include my word of the year (that I haven't decided on yet) and my goals (that include a vacation that involves plane tickets and a true crime book.) But I helped drink 4 bottles of Mad Dog and ate about 7 pounds of sausage and cheese yesterday, so I think it'll have to wait. In the meantime, I hope you all had a wonderful NYE and that 2020 is starting out wonderfully! Hopefully without an age inappropriate blistery rash but maybe with the house full of errant glitter.
Cheers! 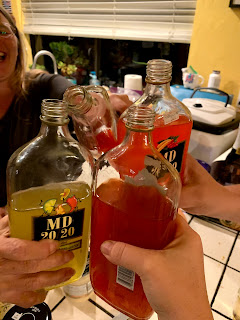 Lit that money on fire-- ha!