After several weeks of countdown, Averson turned seven yesterday! Her big ask was to get her ears pierced, so after we went for our traditional breakfast donuts we took her to Claire’s, where she picked studs in her birthstone and was stoically brave in the piercing chair. 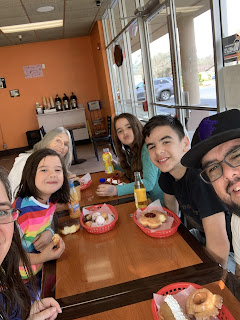 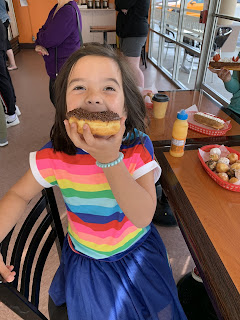 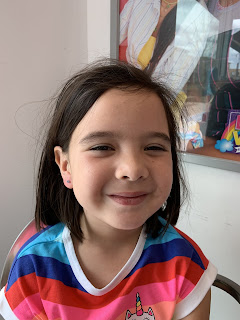 Since we didn’t have a party, her birthday was really drawn out, starting with Syd’s gift first thing and ending with cake after dinner. She sweetly wrote thank you cards immediately after opening each gift


I have a killer bug, so we elected for a store bought cake instead of a plague cake. Then Averson asked if she could write on it. So. Much. Blue. Frosting. 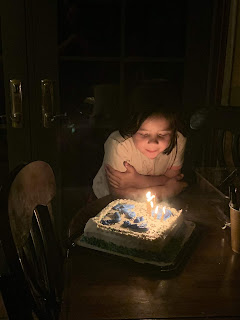 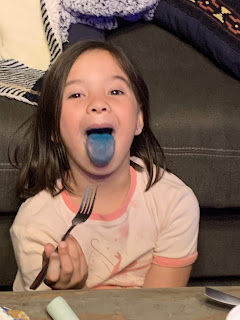 This girl. She is really the most fun little creature. She’s nutty and spunky and excited and so, so easily distracted. She’s sweet and independent and confident and I’m so grateful that she’s ours.
Posted by Chiconky at 9:30 AM