The girls and I took a day trip to the coast hoping to see the whales and the elephant seals. While it was too foggy to see any whales, we did see the seals! We also found a trail that runs along the San Andreas fault line and had signs for the kids explaining the 1906 San Francisco earthquake 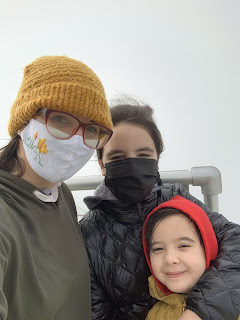 We’re at a lighthouse with the ocean behind us. Or so we were told by the ranger :) 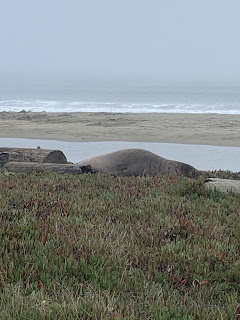 Elephant seal! They’re enormous and don’t move at all. 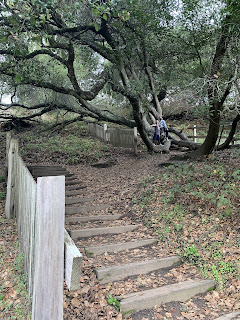 This fence was in all one piece before the earthquake! 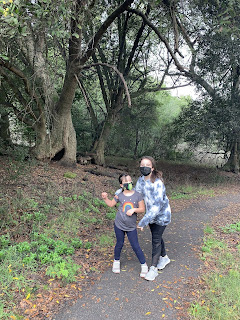 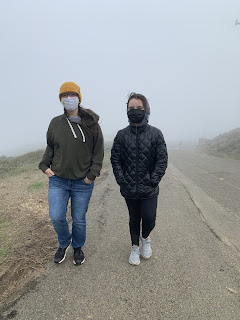 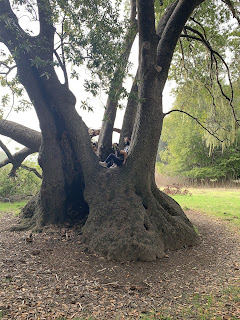 The girls were completely enamored with this tree 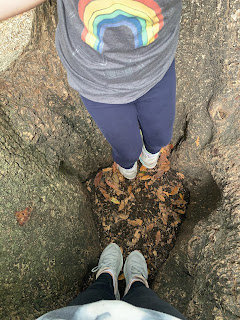 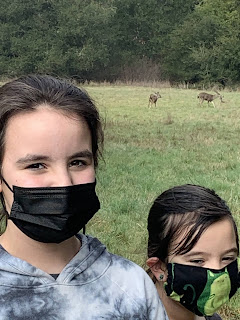 And the pooping deer 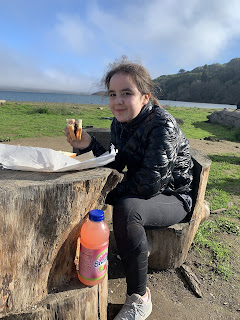 We all got a little hangry out in the middle of nowhere. Luckily we found a little deli that was open and had this stump table on the beach. The girls loved it 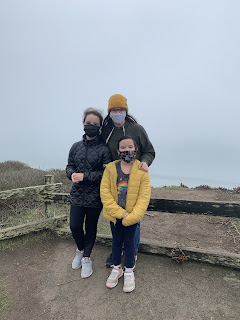 I was a little nervous about spending hours in the car with the Bicker Twins, but it was great. On the way home, as Syd nestled in for a car nap, she quietly said “Today was a fun day.” And if that’s not the highest praise from an angsty ten-year-old, I don’t know what is.
Posted by Chiconky at 8:43 AM