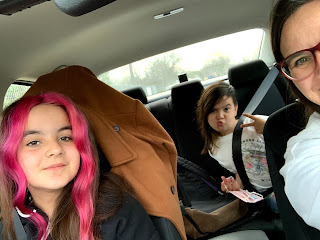 The kids went back to school. Averson and Eli are thrilled. Syd is... less so. We had her anxiety pretty dialed in but the last half of the quarantine has been tougher. She's doing okay and for her at least, I'm grateful that school is only 2 hours/ 2 days a week. Eli is back to wrestling practice and next week they're back on the mat. I have mixed feelings, but they're all getting tested weekly so I think it's as safe as it can be. And with half of the house vaccinated I feel a bit more risk tolerant. 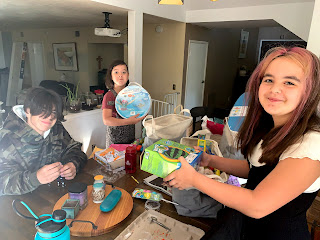 Literally the only picture I took of Easter and you'd never know what it was. Our baskets were ON POINT this year. New swimsuits, a new pool toy (from the "pool toys for teens" list on Amazon), a paper airplane kit, a new book, and a bunch of candy. I snuck an anime action figure into Eli's basket and he played with it all afternoon :)

I had Cesar Chavez day off and the weather was gorgeous, so we ventured to find this bridge and tree that everyone's been posting pictures of. I did not take a picture (SMH). Then we realized that one of my favorite little pubs was across said bridge and decided to stop for lunch. Which Eli had to pay for because C and I had forgotten our wallets in the car. 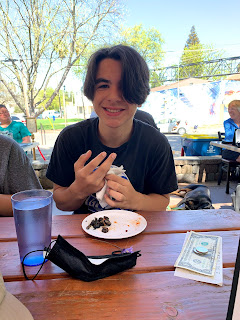 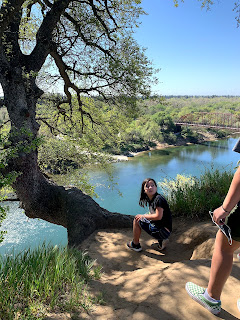 Ahh! Here's the tree! But you can't tell that it's cool from this angle. Trust me. It's cool. 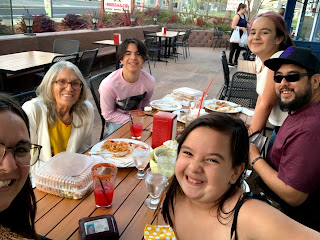 We celebrated my mom's birthday by going out to an actual restaurant! It was so fun and exactly what we all needed. We even got dressed up(ish) 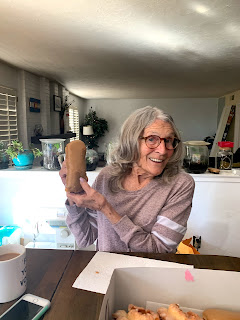 Birthday donuts. She'll be so mad that I posted this picture, but I love it 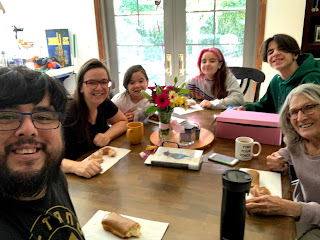 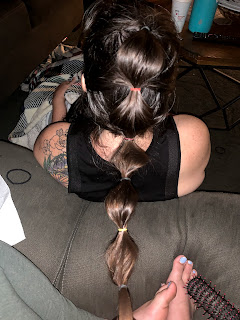 There are about 700 pictures of braids on my phone because I bribe the girls with tv if they'll play with my hair. Most are kind of a mess but Syd gave me a bubble braid the other night and I really like it! Also, my hair has gotten ridiculous.
In other, quiet announcement news, I sort of got a new job and will be leaving prison work at the end of the month. It feels SUPER weird and I'll dedicate a better post to it later. In true Corey fashion I 100% tripped into it. It's totally different from what I'm doing now (back to direct patient care!) I'm excited and nervous and also having a very hard time continuing to make my heinous commute. So more on that soon!
Posted by Chiconky at 2:07 PM

Way to bury the lede-- cannot wait to hear more about the new job! Congrats! (And we, too, are more risk comfortable now that we are vaxxed. Baseball, summer jobs, tennis, etc.