I think I'm maybe having a bit of a rebound reaction to the new job. Probably more to reflect on that later. But in the meantime, the long weekend was delightful. Saturday turned into a grown-up "Yes Day" after C and I decided that it was time to trade in the lemon of an SUV (I could NOT handle another summer of unreliable air conditioning). It was C's first CarMax experience and as we drove away four hours later in our new pick-up, he was totally flummoxed but 100% converted. That was so much fun, and we had such visions of our new truck adventures, that we went to REI and spent a small fortune on boots and backpacking gear. Thank goodness we haven't signed up for any summer activities since we're committed now to all the hiking and camping.
On Sunday we packed everyone up to go on a hike that C found in a FB group. It's a series of old train tunnels that are full of graffiti. Given the several extreme heat warnings we received, an essentially indoor hike seemed like an excellent plan. If you're ever in the Truckee area, I HIGHLY recommend doing the Donner Tunnels. They were so cool. The kids loved it, it was downright chilly inside the tunnels, and at five miles total, it wasn't a bad trek. 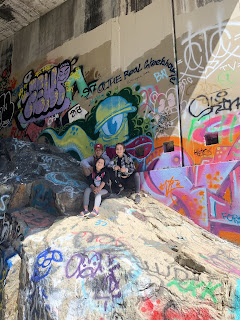 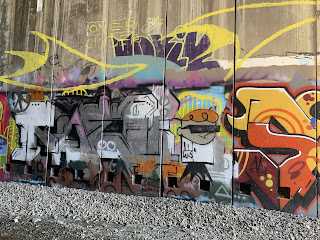 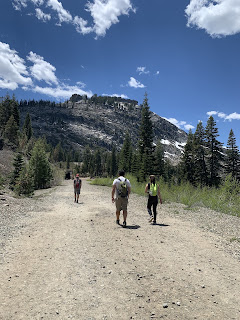 Gorgeous views outside too! 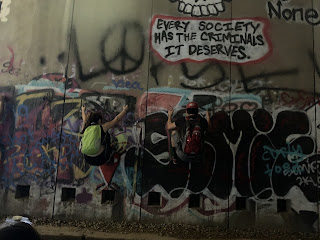 These two. I need to get Syd into CrossFit ASAP. 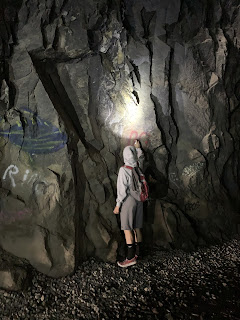 While I would NEVER encourage our kids to vandalize, theoretically if one were to bring spray paint, it would definitely be a hit 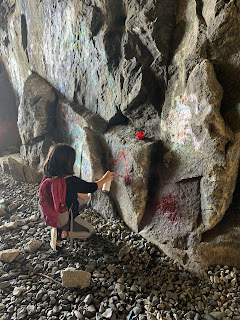 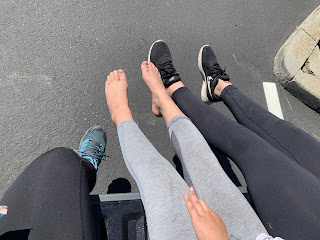 The girls and I ate lunch on the tailgate of the truck, which is my absolute, all-time favorite place to sit (second only to a good stoop.) You can also peek my new, super legit hiking boots.
On Monday the plan was to lay low and not melt, given the projected temperature of 108 (which really should just read "too fucking hot"). However, I stumbled on to a FB post of a woman selling a big Monstera for cheap and since I've been wanting one forever, but didn't want to pay a lot since I'll probably kill it, I couldn't pass it up. Turns out she was moving and needed to get rid of plants, so I accidentally came home with a jungle. 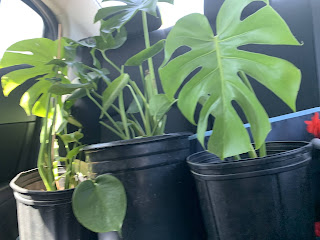 Such pretty babies! I hope I don't murder them 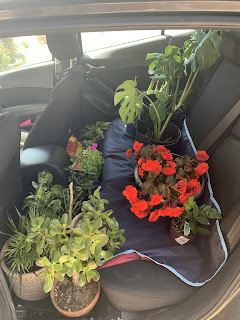 And then, because I like to live dangerously, I let Eli go swim at a friend's house. And nearly died in the process. I limped into the gas station on literal fumes. The temp reading here was in the shade. 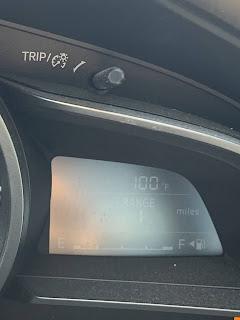 All in all, a delightful long weekend. I'm back at the new job today but doing a lot of thumb twiddling because we hit some snags and I can't actually see patients yet. BUT, I'm wearing a new outfit from the Nordstrom Trunk Club and I'm reading a super creepy book and my office is air-conditioned so I suppose I'll make it through.
Posted by Chiconky at 9:27 AM