We are at an age with our kids where everyone has kind of figured out what they do, or more honestly, what they don't do. Eli wrestles and finds loopholes. Sydney makes lists. Averson plays soccer. And then kind of out of nowhere, everyone started trying new things. Eli went out for water polo. I absolutely, 100% do not understand this sport. It's kind of like soccer in the water and I know that they aren't allowed to touch the bottom. Sometimes it's good to get a foul. Eli gets ejected a lot and no one seems to mind (and sometimes it seems like a good thing?) I love it a lot. His coach is amazing and his team is awesome and they're busy and ragtag and it's my favorite kind of chaos. And there's a lot of yelling which is my favorite kind of spectating. 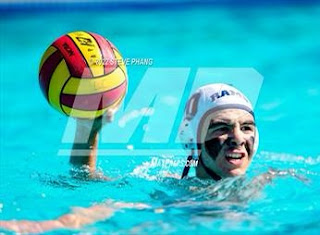 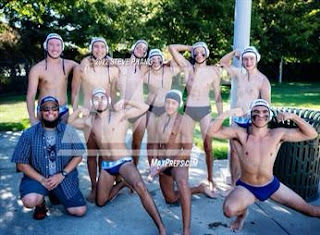 I sort of threw a fit with Sydney around the same time I confiscated her phone and declared that she would be doing an extracurricular, and that either she could choose or I'd choose for her. She chose volleyball, and then, of course, they couldn't find a coach and it looked like she'd get out of it on a technicality. Then at the literal last second two moms pulled through and not only was Sydney not thrown by the last second change in plans, she was actually kind of excited by it? And now she is willingly and excitingly attending practice every night. 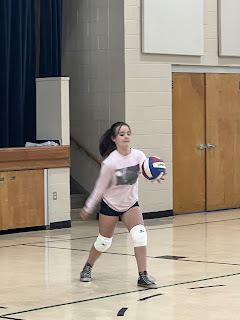 Averson is doing soccer again, and after a rough start where we had a very frank conversation about grit and intention she's doing great. Last weekend I would even describe her as aggressive on the field. She continues to be her same self-assured, unique self who just has the funniest little brain. I found this on the table the other morning, so I think maybe her newest venture might be communing with the undead? 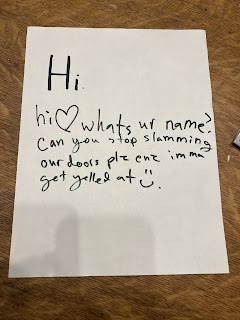 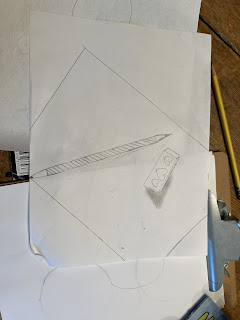 And also drawing. Let's focus on the drawing so I don't get freaked out.
Even I'm getting into the spirit of stretching outside of my comfort zone (partly because of everyone else). I started going to the early morning classes at my gym and while the 4:30 alarm was painfully insulting at first, I've adjusted really quickly and it's helped me be so much more consistent. Since starting I'm back to my preferred 3-4 times a week schedule and I feel so much better. 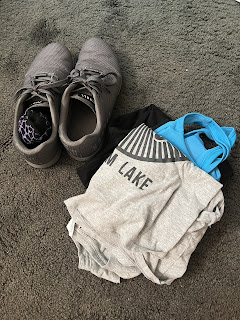 In the olden days I would sleep in my gym clothes. I don't do that anymore but I do set them out and sometimes text pictures to my gym buddy as proof of intent. That way if I bail they're staring at me in judgment in the morning.