I think I may be cheating a tiny bit by posting tonight and not tomorrow, but I don't know so I'm calling it good. Eli and I totally survived our Screen-Free Week. I thought Eli was going to struggle, but the kid ROCKED it. In fact, after the first day he didn't really even talk about it. He dutifully left the room any time anyone was looking at a screen (a self-imposed requirement. We weren't banishing him by any means) and took his dollar off the fridge at the end of the night. Several times he told us, "There LOTS of really fun things! I don't even miss screen time!" *swoon* Me? I didn't fare so well. I was absolutely fine with no TV (though I think knowing that my shows were waiting for me helped) but no internet was hard. I bent the rules and allowed myself e-mail access and the news at work. But I missed Facebook and blogs a lot. I also missed the ability to look things up whenever the thought struck me. What I didn't miss was trying to have a conversation while playing DrawSomething, updating my status, and read a recipe on-line. I also didn't miss compulsively checking my work e-mail for no good reason.

I asked Eli tonight what he'd thought about our week and he again said that he'd had a lot of fun. I think we're going to do it again. C suggested monthly (he and Syd inadvertently participated, which means my modeling idea FTW!) and while I like that idea, we'll see how it pans out.

This week was fun, and surprisingly not in a forced "cram the family fun in" kind of way. It was organic and easy and awesome. 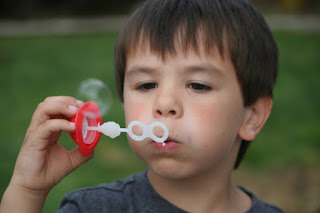 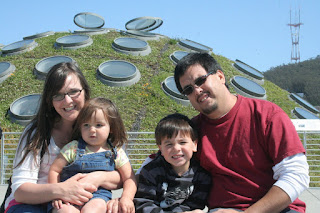 Today's the day I was expecting a new blog so I don't think you're cheating. :) happy to have you back!

YAY glad you are back! Ok, first things first SYD IS FREAKING ADORABLE-and with her hair in little side buns she looks like something Walt Disney drew. Seriously props to you for a week unplugged. T.V. I really don't care about but the internet...not sure if I could of done it. And moreover SUPER PROPS to you for leading by example! How awesome that it effected everyone so positively. You really are mighty super mama!

Not gonna lie, missed you this last week! Welcome back! :-) Your kiddos are so cute!

Although I don't check blog daily, I checked yours twice just to see if you were making it!! :) Great idea, I might try it for my fiance & I...we're getting too hooked to evening TV time and it's beautiful weather for a walk to the park.