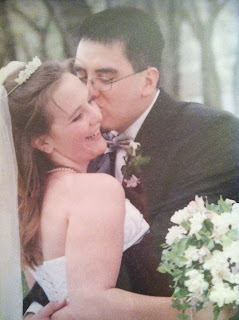 This year was C and my 10 year anniversary. Which seems like a lot and very grown-up. Like maybe this should be the cholesterol-screening anniversary. Over the years we've had lots of ideas about what we wanted to do for our ten-year (vacations, vow renewals, an actual wedding band) but then we went and had a baby on our seventh anniversary, and another baby two months before our tenth. So instead, my folks watched our kids while we ran a 5K, let us take a nap in the middle of the day, and then handed us money for dinner and kicked us out of the house (after a mandatory, prom-esque photoshoot in the front yard.)
I wore heels and lipstick and C pulled out my chair and opened the door for me. We ate at a very fancy, expensive restaurant where our meals were served by candlelight on actual plates and there were no highchairs to be seen. We split a decadent dessert and then wandered around our little downtown holding hands. It was pretty perfect. 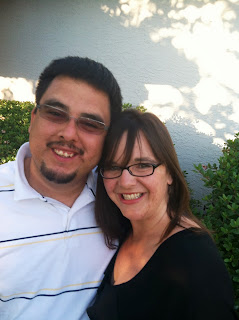 10 years sounded a lot farther away before we were on the cusp of our 8-year anniversary. Your day sounds perfect!