I miss the Bigs when they're at their grandparents, but there is something about being the only kid that makes this one's light shine. She has been loving having our undivided attention, and I love getting to hear all the things she has to say. Lately she's been obsessed with being an "Animal Researcher" (thank you Wild Kratts.)
The librarian showed her the animal non-fiction section (Section 584, she'll proudly tell you) and she was thoughtfully chose her three books; Elephants, Dolphins, and Wolves if you're interested.She couldn't believe there was a whole aisle for animal research. It has to be "animal research," by the way, and she'll correct you if you just say "animals." 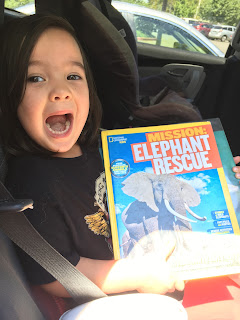 She asked for a research journal, which made me happy in the most humblebraggy way. I keep mentioning in my public mommy voice, "Oh! You'll have to put that in your journal! You can draw your observations!" 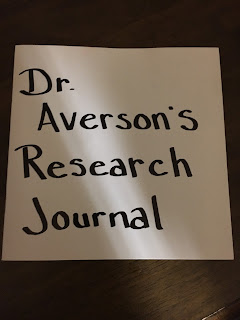 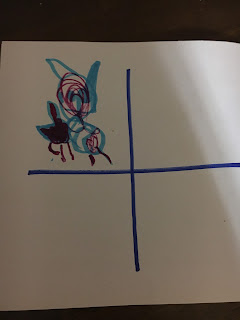 This is her lab. She spent nearly an hour dictating this to C so he could draw it. Now she's bugging us to start building it. Oops. 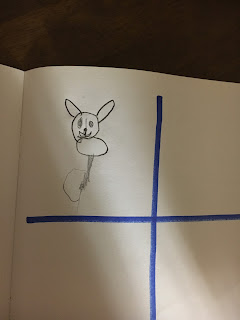 When we were in San Francisco, Averson told anyone who would listen that she was an animal researcher. Every time, I humbly looked on with a look that I'm sure said, "I know! She's a firecracker, that one. I have no idea where she gets it! Oh no, couldn't possibly be my stellar parenting!" One sweet lady started a conversation and asked if Avery had any pets. Avery told her that "Yes, I have two dogs. And my mom's friend is going to get me an animal to cut open!" I was laughing too hard to explain that my friend is a science teacher who'd offered to help Avery do a dissection. Partly because what kind of psychopath four year old wants to do a dissection? I haven't actually watched Wild Kratts, but I'm pretty sure that's not a regular segment. Last night she suggested to my sister that, while she's on vacation, maybe she could kill some animals and send them back to us? It would be so great if she could do that.