I had a work thing at a prison in BFE Nowhere, so C and the girls tagged along so we could make a day trip out of it. BFE Nowhere did not disappoint. There was this adorable little town full of adorable shops, including a soda fountain that had an UNDERGROUND BOOKSTORE. It was everything you could hope for and I sort of want to live there forever. 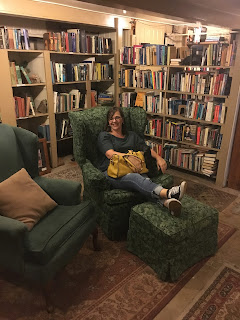 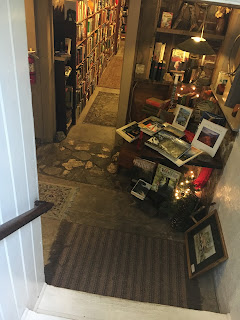 Do you see the rock floors?! And it was about 10 degrees cooler and smelled like a cave. 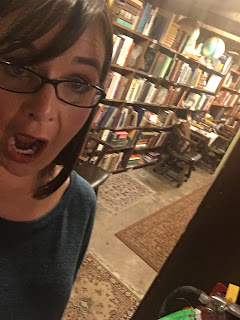 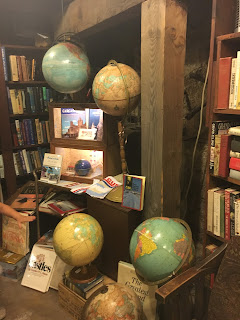 There were chickens. This is a state park, so there was a sweet ranger feeding the chickens. Averson helpfully told her, "My mom really wants to feed the chickens!" Which is how I ended up with a handful of dried worms and brine shrimp, getting vigorously pecked by strange chickens. The things we do for children... 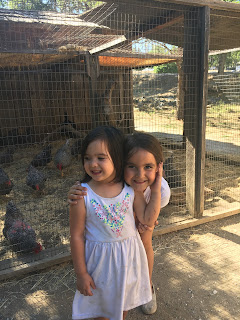 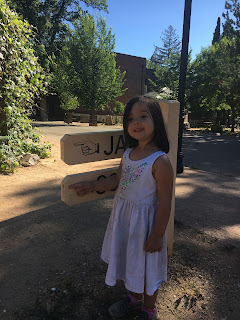 The girls also panned for gold. They were thrilled by their "gems." Side note, apparently my driveway is also made of gems. Who knew? 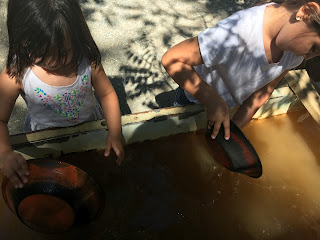 Ever since our trip to Denver, Syd has fancied herself a safe cracker. I'll probably regret egging her on when she's doing 20-life, but for now it's pretty adorable. 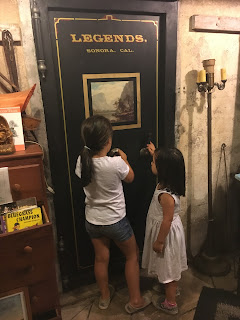