Averson had her dance performance this weekend, and for all my moaning and "cool mom" posturing, I could REALLY get into this dance mom shit. My bun game is on point right now, and I've perfected the tiny cat-eye. It really is just the cutest thing. This year, Averson was on "Dance Team" so her participation grew exponentially. The show was two hours long and she had four costume changes. She also had a solo including lift that I wasn't expecting, so there's no video. There's also no evidence of my audible gasp from the audience. 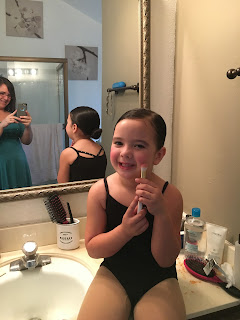 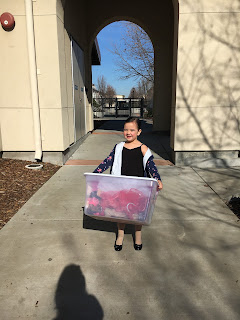 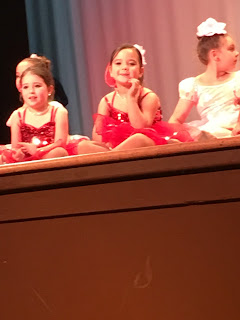 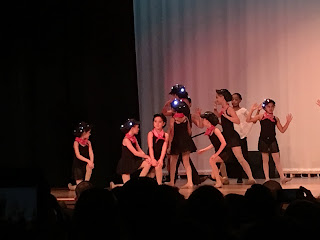 Right after this number the curtain closed and Averson was on the wrong side of it. She adorably scrambled to find her way back in and it was maybe my favorite part of the whole show. Hers, notsomuch. I snuck backstage during intermission and as soon as she saw me she burst into tears that she'd messed up the performance and thought everyone was laughing at her. After a cuddle (mindful of the hair and make-up) and a granola bar she pulled herself back together and finished out the show like a champ.

She's the one on the right