Syd turned TEN! Like two weeks ago! I haven't been spending as much time on my laptop and quite honestly blogging from your phone is a real PITA.

Syd was supposed to have a big birthday party this year and has been planning her llama-themed slumber party (complete with matching jammies) since January. I was really worried that her quarantine birthday was going to fall woefully short. At the end of the day though she declared that it was one of her best birthdays yet. It seems perhaps that when you're an anxious, introverted, newly minted ten-year-old, a day of indulgence and intermittent social interaction is exactly what you want, even if you didn't know it. 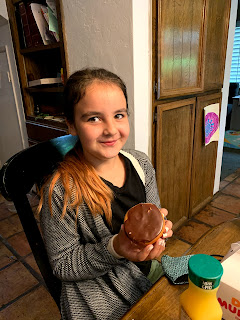 Traditional birthday donuts! We tried to go to our favorite local place, but when Syd and I walked in no one was wearing a mask so we decided to break tradition and go to Dunkin instead. 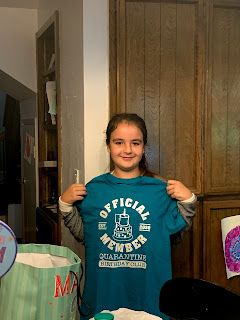 Syd asked if she could make her own cake this year. Strawberry with funfetti frosting and llama sprinkles. She did the whole thing herself with no help from us. Between that and the Chipotle takeout she asked for for dinner, it really was the most hands off birthday any of my kids have ever had. She and a couple of neighborhood girls made socially-distant slime in our driveway (I put together the kits and the girls sat 10 feet apart), she made friendship bracelets, and spent the rest of the day with unlimited screen time and candy.
I had a lot of anxiety about her birthday and was sure that, between being the middle child, being fundamentally somewhat angsty, AND missing the party she's been planning forEVER, that this was going to be a rough day. In retrospect though, I think it was pretty perfectly Syd.
Posted by Chiconky at 8:20 AM

I would expect no less that this from you, well done! Your love and dedication to your kids is always inspirational, of course S had the best of days.