Vacation in the time of COVID

About 18 months ago, inspired by really cheap Southwest tickets, C and I decided to plan our first family vacation that wouldn’t require us to cram all of our stuff into the back of our car. We originally planned a trip to DC in October (hahahaha). Once it became clear that that would be a terrible idea, we switched our tickets to Hawaii instead.
Three reschedules, two vaccines, and an upcoming big life thing later, we decided it was time to go! 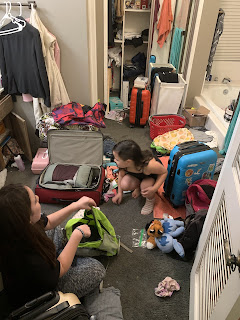 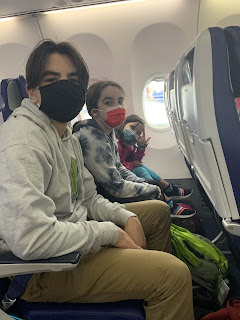 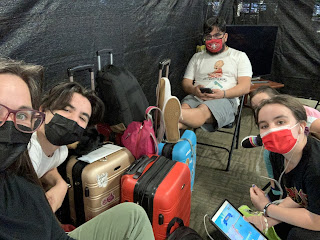 The Big Island required a second COVID test so we camped out in a very apocalyptic waiting room. Travel in 2021 is weird but travel with three kids who can entertain themselves and carry their own stuff is awesome.
We’d originally planned to go to Oahu, but since it was still COVID we switched to the Big Island thinking it would be less crowded. We rented a house on the rainy side outside of Hilo (IN the rain forest) and started researching what was open. 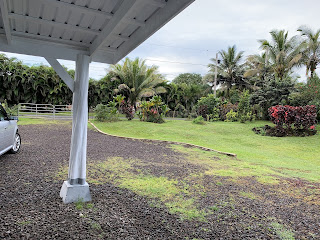 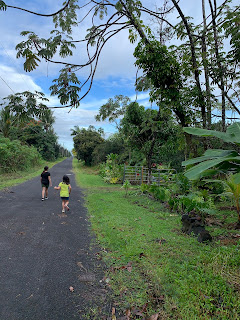 The only thing we ended up booking was a Mauna Kea star tour that C really wanted to do. I’m not really into astronomy (or I wasn’t) but this was SO COOL. And because of capacity restrictions we had the whole tour to ourselves. We got to look at the sun through a solar telescope, visited waterfalls and lava caves, and just as we started to worry that the clouds might ruin the star gazing the sky cleared and we got to spend two hours looking at stars, constellations, nebula, and galaxies through a fancy telescope. 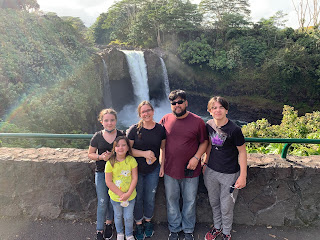 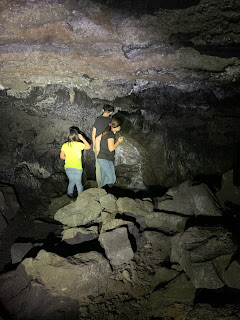 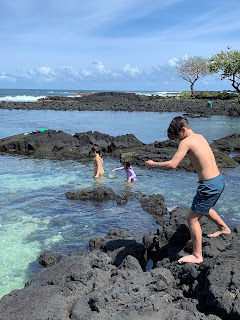 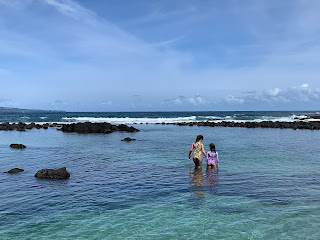