OMG. We're still alive but it's been A MONTH

At the beginning of the month the kids and I drove to Colorado to work on my mom's house. It was a really fun road trip and I am so grateful for them. They made a hard job much more fun. 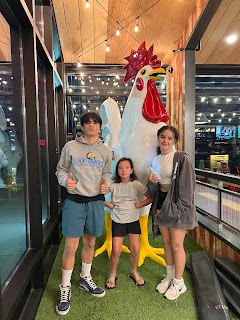 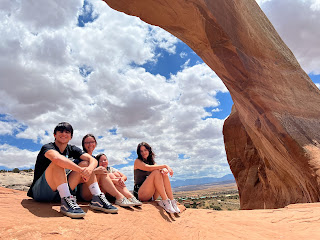 Road tripping with teens and tweens means you stop for all the good photo ops. 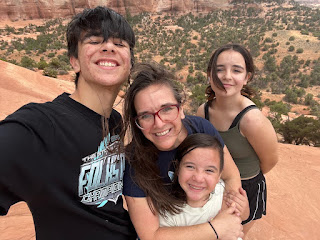 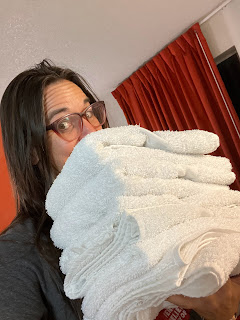 We stayed in the world's grossest motel. Like, I called the front desk to ask about shampoo and the guy told me not to use the soap and then offered me his own personal soap out of his bag (I declined, obviously)
We cleaned out my mom's old cabin in anticipation of selling it. I hadn't been there since before C and I were married, and the kids had never been. It's deep in national forest land and we got SPECTACULARLY lost. On the upside it gave me a chance to show off my old four-wheeling skills. On the downside, there was a moment that I was pretty sure we might have to live in the woods forever. 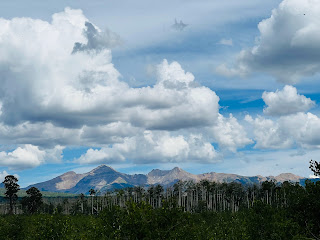 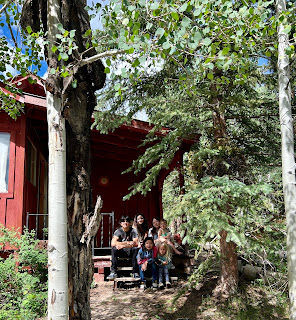 All the grandbabies on the porch of the cabin 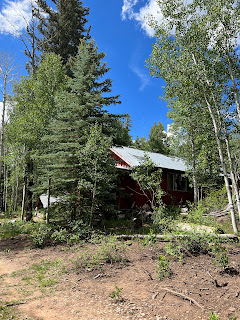 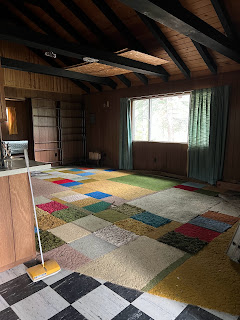 Such a fun, funky place.
We spent the rest of the week going through stuff at my mom's house, selling things, and (spoiler alert) getting FUCKING COVID. I blame the STD motel in Salt Lake City with the "don't use the soap." The girls got sick for about a day and a half and I started to get sick on the drive home. Eli never got sick, despite spending 16 hours in the truck and sleeping in one hotel room because COVID is weird. Luckily my mom's house is pretty big and empty and we were able to keep our distance from everyone. 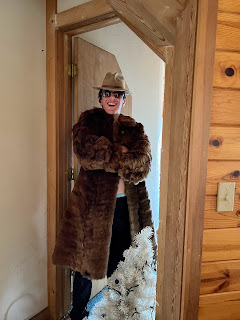 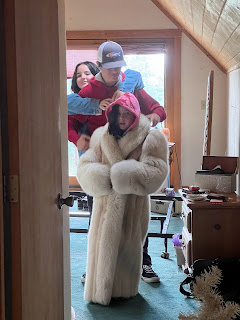 If you're going to have the chills (or be chill) it's awesome if there are MANY furs to choose from. Final count was 10 fur coats, a shrug, a muff, several stoles, two hats, and a pair of earmuffs. It was like that magic trick where the magician keeps pulling out scarves except everywhere I turned, MORE FUR. It's weird what you learn about people when they die. Also I now own three furs because I am my mother's daughter. 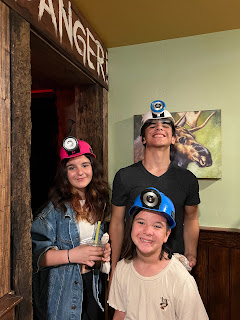 In the before times. The kids found a super cute place that they could pan for gems and fossils and they had SO MUCH FUN. It was precious 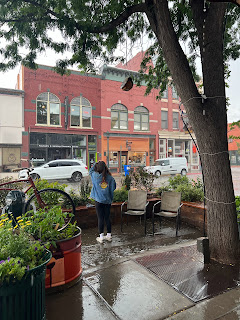 A sudden storm. My California kids got their first taste of good thunder and lightning. Right after we took this picture lightning struck almost exactly where she's standing, so we rode the rest of the storm out inside. 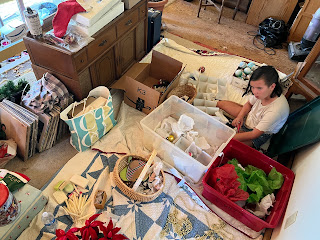 Sorting through Christmas ornaments. My mom always put up at least four trees; A glass tree, a miniature tree, a Southwest tree, and the family tree. Each tree had it's own set of ornaments and it was so fun to go through the boxes reminiscing about each set. I can't wait to get them out at Christmas time and add them to our own tree (or maybe I'll have to add a second/third tree to the house this year too!) 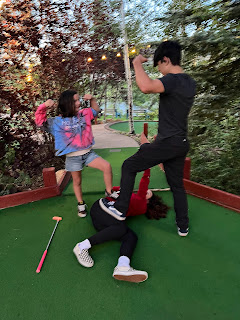 Mini-golf. The kids were heathens but it was outdoors at least 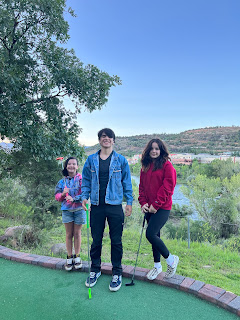 One of the things I did while I was there was go through my mom's hope chest. Look at these treasures! 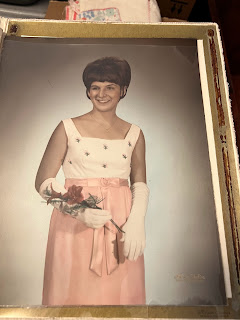 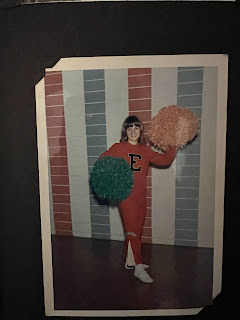 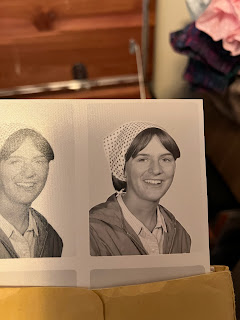 I also brought home the dining table we had the whole time I was growing up. I love thinking about my kids and grandkids spending time around it.
We hauled ass back home because I started to get an inkling that I might not have averted the 'rona and I 100% did not want to get sicker on the road. The kids did great, even being game for their first truck stop campout. I managed to hold out until we got home, when I promptly spiked a fever and spent the next week on the couch.

So sorry about Covid redux, but everything else sounds so fabulous... and not just saying that because of those furs :).

Hope you are all recovered now and enjoying the awesome pictures and memories. The holidays are going to be so special with your mom's ornaments and table!

P.S. Did E escape Covid when y'all had it the first time too? Does he have superpowers?