C had the entire weekend off, which never happens. We spent most of the weekend on a project that will hopefully be "unveiled" soon, but other than that we just hung out together. T'was awesome. Some highlights: Eli can read! Not just recognize words but actually read. It's like he flipped a switch and all of the sudden gets it. I'm so excited I can't even put words to it (ha!) I was tempted to go buy him new "early reader" books, but then I looked at their sagging bookshelf and had a reality check. Though we may still end up at the bookstore later this week. I'm just so excited for him! 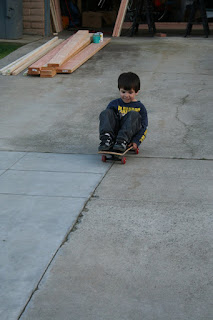 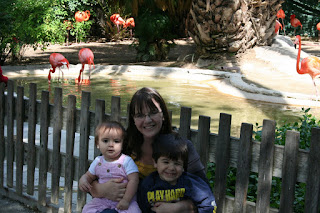 The zoo. Always a hit, but this time Syd cared about where we were instead of just screaming about the injustice of having to be pushed around in a stroller. She LOVED the turtles, signing "more" everytime we tried to leave. 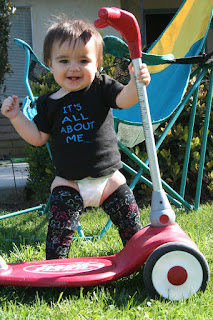 Speaking of signing, she's totally exploded with the signs! Now she does "more" and "all done,"blows kisses, and says "Mama," "Dada," "Nana" (banana), "Buh" (brother), and "Woof." My favorite is when she signs "more," then claps, telling us she'd like us to cheer for her more. I was worried that this one would get less attention than her brother, but I don't think she's going to let that happen :)
Posted by Chiconky at 9:55 PM

OMG E reading! That is so, so awesome! L wants to read so bad, but hasn't quite gotten it down yet. She has a bunch of site words, so maybe in a year she will follow suite. Seriously so cool! And how proud you must feel. I say a trip to the bookstore is well deserved. I am ignoring the rest of this post do to utter envy of the weather. Both of us want grad school as a means to move back to Cali. (Although can't ignore how completely adorable Syd is. She is beauty and personality.

What a great weekend!! How exciting to have a new reader in the house and of course Syd is just too cute.

Congratulations, Eli!!! Your mama started reading on the way to the grocery store one day when she was five - just started sounding letters and reading road signs - and read her new books out loud all the way home. Coincidence? I think not. Genius? I am sure.
And, I love a girl who can hold her own. Sydney's in charge - don't worry about her being second fiddle.