Isn't it amazing how quickly you can fall so head over heels with such a tiny peanut?
We're about 95% committed to a name, but we haven't announced it to the family yet, so it's not quite official.
The kids are totally in love. Eli was so excited when he was holding her and she opened her eyes to look straight at him. Syd wants to carry her and push her around in the bassinet every time she visits.
We're still in the hospital. She looks great except that she's breathing too fast. We just found out that they "can't rule out" pneumonia, so they're going to admit her to the NICU. I'm trying to stay positive but I'm pretty bummed out about this. We need her to be at less than 60 breaths per minute for at least 12 hours, so prayers and good wishes would be appreciated. 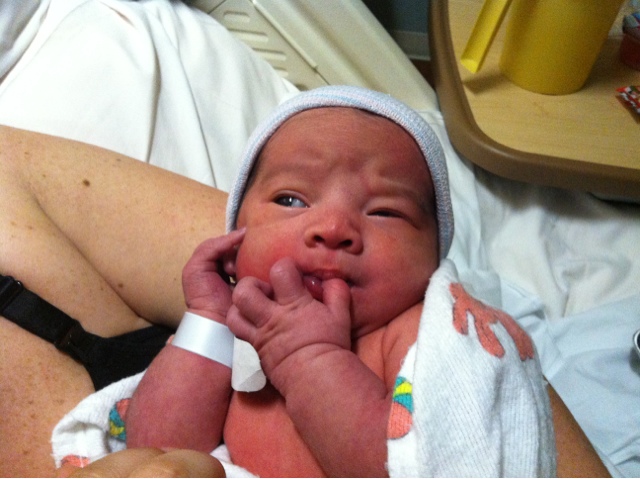 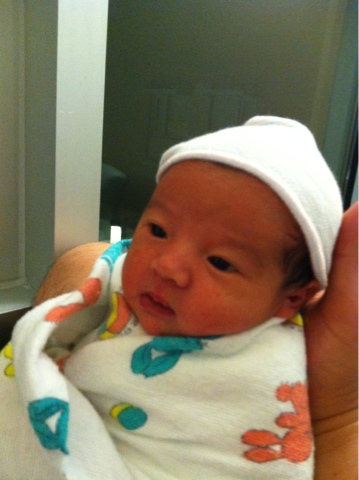 First of all, she's gorgeous! Second, I am excited to hear her name. And OF COURSE, I hope evrything resolves quickly and both of you get lots of rest!

She is perfect. I will be sending thoughts and prayers your way. That ICU crap can be stressful. Hugs!! Really tight hugs!!!

Oh Corey, she is just so adorable! I'm so sorry you have to deal with the NICU and will be thinking of you and sending all of my thoughts your way that her breathing normalizes and she can go home with you! Hang in there!!

Since you posted days ago I can only pray for your precious baby and wait for an update.