Do you ever feel like you've become entirely too responsible? (Is that just me?) After picking up Eli this weekend I was overwhelmed by my adultness and texted my babysitter to see if she could come twice this week. The already scheduled was because we officially have more commitments than licensed drivers in this family. We were getting tattoos and spending too much money even if it killed me! 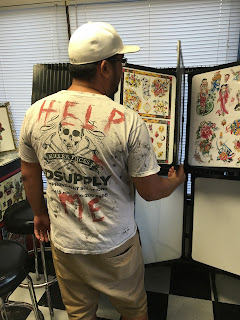 I stopped at the shop to check their availability and drop off our ideas. When he told me he'd probably only have time for one of us, I literally stammered, "I can't get another sitter this week!" BUT my resolve was strong and C got his tattoo tonight. I'm scheduled next weekend, when I hopefully can get a sitter/sitter swap. And I was almost equally excited for C to get his. I forget how much I love tattoos until I'm back in a shop. C's got the bug now too, so we're going to have to negotiate our tattoo budget. He got our anniversary, which I simultaneously love and feel weird about because I'm a little superstitious. Especially right now since he's the only one that has it. Though, I'm an idiot, so he almost got a random, non-sentimental day (which may have been equally awesome.) Then we had tequila shots and impulse shopped at CVS. I ROCK at responsible adulating! 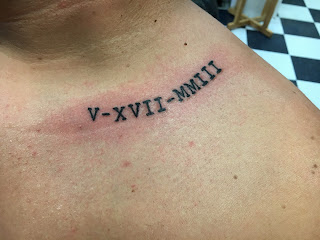 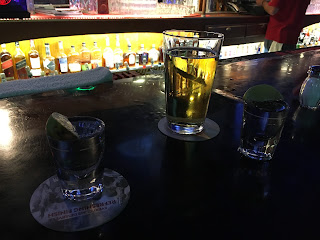 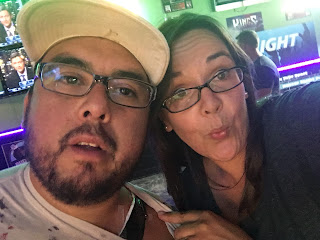