You know where the people aren't? On hiking trails! On Tuesday we were all getting a little twitchy, and our neighbors were NOT honoring social distancing guidelines on the sidewalks. I pulled out our old hiking trails book from when we first moved her and showed Syd how to find a hike that was 1) good for kids and 2) had a waterfall. She found one about 40 minutes away so after making the girls each fill a water bottle and dictating that Eli WOULD be joining us, we were off! I sort of skimmed over the part that said that the end of the drive there was three miles of deeply rutted, steep dirt road but lucky for us C and I spent a lot of our teenage years finding bonfires at the end of very similar roads and muscle memory is a thing. That road meant though that there was NO ONE on this trail. It was so liberating after spending the last few weeks in fear of being too close to anyone outside of our family. (BTW, it would appear that I have a favorite child, but really she was just the only one who stuck close enough and stood still enough. Also she's really cute.) 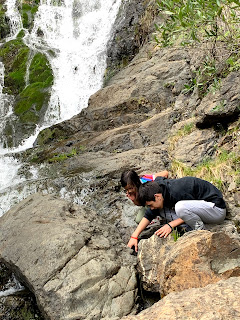 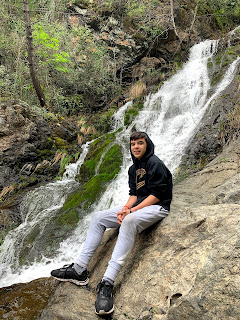 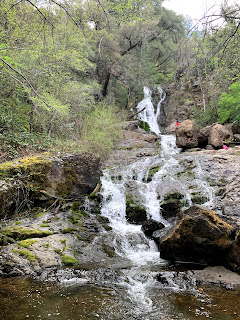 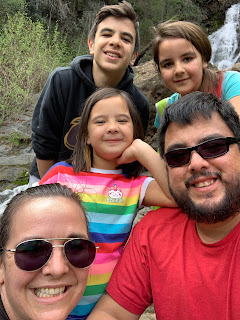 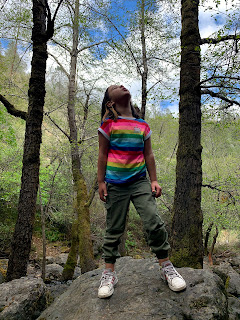 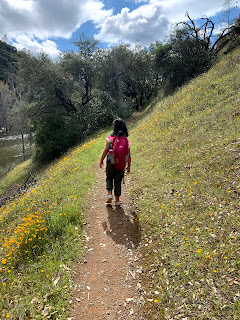 It made SUCH a difference in our attitudes. If you're feeling a bit stir crazy, even here in California with a statewide Shelter in Place order we're allowed to be outside to exercise. It felt like a delicious treat to be walking somewhere that wasn't our neighborhood. 100% recommend.