We crammed A LOT of fun into the long weekend, starting with the rodeo, which also concluded Eli's Tenapalooza. It was super fun, especially after it cooled off a bit and I finished my second Coors Lite. Then I stopped caring so much about my kids' excessive use of the Mr. Misters and refusal to stay in their damn seats. 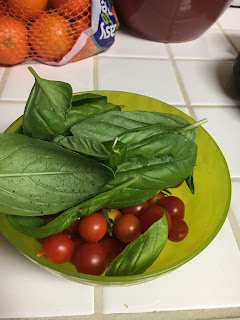 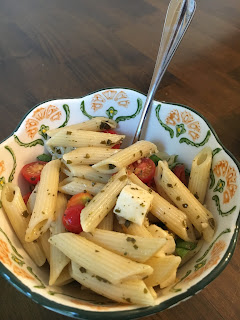 I made caprese salad with fresh basil and tomatoes from the garden. How fancy are we?!

A friend invited us to their church's Fourth of July breakfast and bike parade. The kids decorated their scooters (with various degrees of investment, obvs). I really need to stop calling these kids heathens. Not to humblebrag, but they were phenomenally well-behaved and polite. Eli put a little girl on his scooter and Syd managed to speak when spoken to. 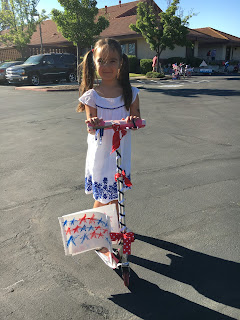 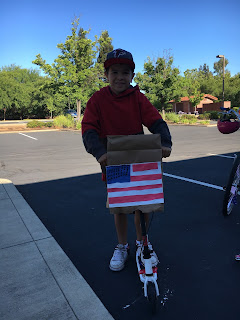 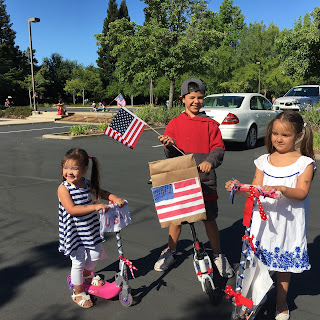 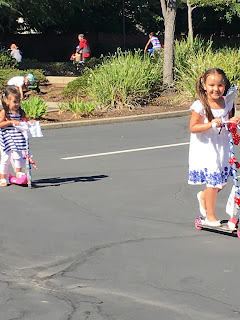 We finished off the weekend with friends breaking in the new patio and barbecue. There are very few pictures because children + friends + beer-itas. 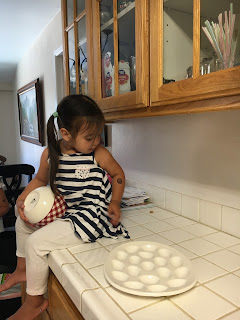 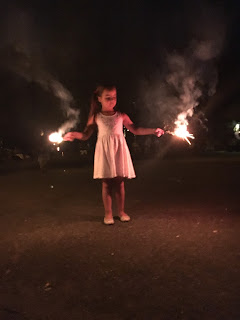 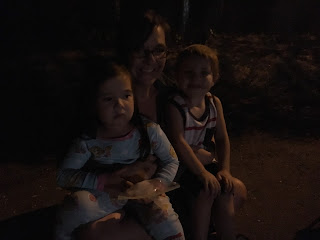 I grew up in the high desert, where all personal fireworks are illegal and the city show generally resulted in dozens of fires. They've always made me nervous, though I am getting better. However, this year I was NOT better. I tried to brave face it until Averson burned her hand on a sparkler and was more than happy to sit out with me. From there I just did a lot of deep breathing and trying to say "C! Watch them!" in as calm, controlled a manner as possible. Which wasn't very.

And then it was back to work five hours later. Next year, remind me to take the day after the 4th off. It doesn't even get dark until 9:30 so I'm not really sure what I was thinking. Today was rough, to say the least. It was saved though by the lady at Starbucks when I folded and decided that an after-work caramel macchiato was needed. I asked her about a different drink and she said, "Do you want to try it?" Then handed me talls in both options. So three coffees after four today and I'm feeling pretty chipper!