I think he liked it 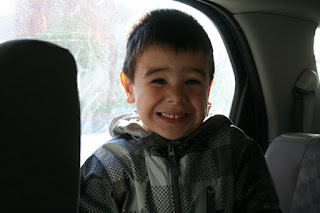 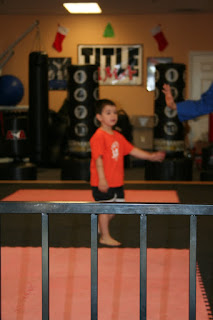 I couldn't get a decent picture without other people's kids in it, but just imagine him and six other little kids with crazy focus shouting "Yes Sir!" 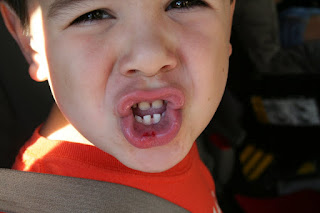 Loosely-karate related accident. He bumped his knee on his mouth as he was running back to his circle. I think it counts.
Before we went we came up with a code, because Eli was worried that it wouldn't be fun or that it would be a "baby class." If he said "elephants" it meant that he liked it and if he said "peanuts" it meant he wanted to try somewhere else. At the end of the class, despite the bonk, he came running up to me whisper-yelling "Elephants! Elephants!" I'll have to work something out at work so I can get him to the one weekday class, but for now we're signed up. Twice a week he gets to put on his uniform, run like animals, and "show respect. It's very important, Mama." 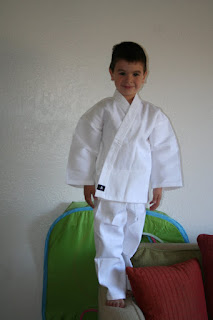 He is so freaking in love with this uniform, and completely fascinated with the fact that he has to earn his belt. 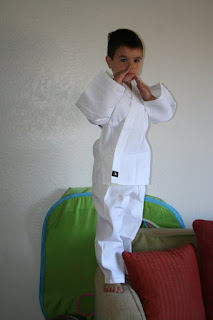 LOVE IT! Hurray for elephants!