Apparently the thirteenth anniversary is the lace anniversary. We don't buy anniversary gifts, but if we did I'm guessing that this one would have been epic. Lingerie is cliche, but we're not exactly doily people either so who knows where that one would have gone? It's probably best for all of us that we won't find out.
In my mind, Thirteen and Fuck-ton sound a lot alike. C and I started dating when I was nineteen, which means that I am getting very close to being with him longer than I was without. They haven't always been easy, but in totality, they've been amazing. I often talk with friends who are single into their late 20s and 30s and wonder what my life would have been like had we not gotten married when we were babies. (Seriously. Babies. I rarely trust babysitters who are the age I was when we got engaged.) I'm sure that some things would be pretty different. I'd have a lot more closet real estate, for sure. On the other hand, I'm pretty sure C knows me better than I know myself. There's something that is equally irritating as F and unbelievably comforting in having my person, and having him for as long as I have. I can't imagine a life without him in it, and the thought of not being able to lean on him makes everything we've accomplished seem impossible. 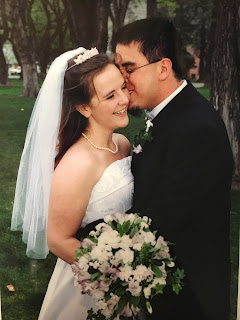 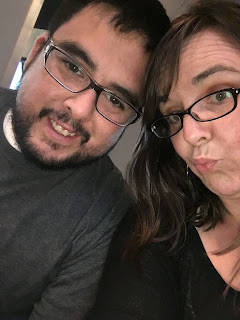