I got a new phone (YAY!) but apparently my blogger app doesn't work anymore and I couldn't figure out how to get pics from my phone without plugging the thing in the old-fashioned way. (BTW, anyone have any tips?) SO...

Last weekend my folks came up at the last minute after Eli asked them to come to his wrestling match. He was so excited when they actually made it! He ended up getting a medal for second place. I so badly want him to keep at this because it suits him so well. I'm so invested that I'm actually willing to fathom being a wrestling mom, which seems to be a lot of sitting on bleachers for several hours to watch your kid either get pummeled  or pummel another kid for approximately two minutes.


My parents wanted to take Syd shopping as an early birthday present. She's been desperately waiting to be able to switch out her earrings so my step-mother hooked her up! These two are two peas in a pod. 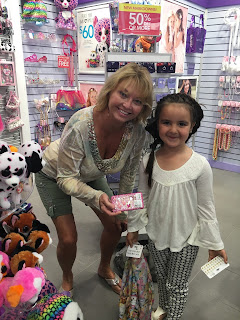 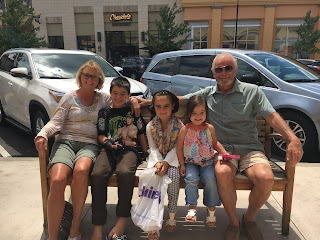 We also took the opportunity to christen the patio over the weekend.
Posted by Chiconky at 6:20 PM