My sweet, smart, sassy girl turned four today! She was very specific yesterday, saying, "Today I'm three but tomorrow I'll be four." This morning she told us, "It's my birthday and when it's my birthday I'm in charge of everything I know. And I know you so I'm in charge of parents today." Can't argue with that logic. This girl is so cool that it *almost* distracted me from thinking about how this might be my last three year old ever. Sunrise sunset and all that.  Also, I just found this while looking for my post after Averson was born

I think her size, coupled with all the concerns in the hospital, has reminded me that she is so little and vulnerable. Which, of course, means that this will be the kid with the record for most broken bones/bruises/flying leaps from trees. We almost named her "Avery Danger" and she may live up to that nickname. 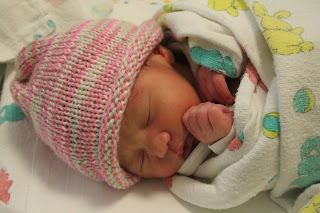 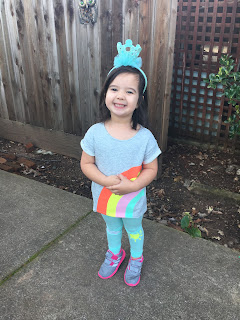 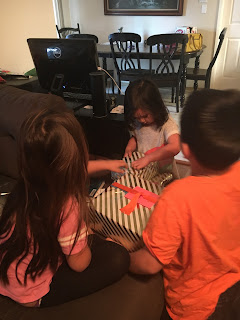 The Bigs bought her presents, and wrapped them, on their own this year (swoon). I think watching her open her gifts, and watching them watch her, was the highlight of the day. They were so thoughtful in their choices (Pokeman stuffed animals plus a few cards from Eli, a Paw Patrol puzzle and journal from Sydney) and she is the most fun person to give things to ever. C and I gave her four rolls of washi tape because, as she sings often, all she needs is sparkles and sticky stuff to suceeeeeeeed!

We forewent a costly birthday party in the interest of Project Adulting (aka Stop Bleeding Money.) Instead, I took the day off so that I could take her to Build A Bear. What I forgot is 1) Build a Bear is a fine tuned racket and 2) There's a reason we don't go to the mall. I should have thrown her the damn party. Also, I told her she could go anywhere she wanted to for lunch and she picked McDonalds. SMH.


She chose to go to the Spaghetti Factory for dinner, and for the first time ever and much to everyone's delight we were seated in the train car. The wait staff sang to Avery when they brought her ice cream. I so wish I'd video'ed it. She does this awesome thing were if she starts to get nervous or is about to take a risk, she very quietly takes a deep breath and visibly re-centers. Then she enjoys the moment. I could see her start to get overwhelmed when everyone in the restaurant was singing, but she took her deep breath, folded her little hands in her lap, and enjoyed the moment.

There aren't words that can accurately convey how cool this girl is. She is smart in a way that continuously takes you by surprise. She's also conniving. Yesterday she asked a friend who'd stopped by, "Do you know where Walmart is?" When he said "yes" she then matter-of-factly explained, "Tomorrow's my birthday. I really want a Paw Patrol toy." "Oh? Is that so?" "Yes! So since you know where Walmart is, you can go get it for me!" She does set ups like this ALL. THE. TIME. She told me this morning that when she grew up she thought she'd get a "Mom job." I asked her what she would do in her mom job and she said, "Say bad words." She wants to swear so badly. She loves animals a lot, but in a gentle way. She'd pet every dog she saw if the owners would let her. She doesn't put up with being the littlest or the youngest, and when a boy was picking on her friend tonight at the indoor playground, of four kids and two moms, she stormed over there demanding action first. She loves to love and is the best hugger. She is sweet and compassionate and mischievious and just the most fun three four year old.
Posted by Chiconky at 10:17 PM

Awww. Sweet, sweet little munchkin. What a perfect way to celebrate being four!